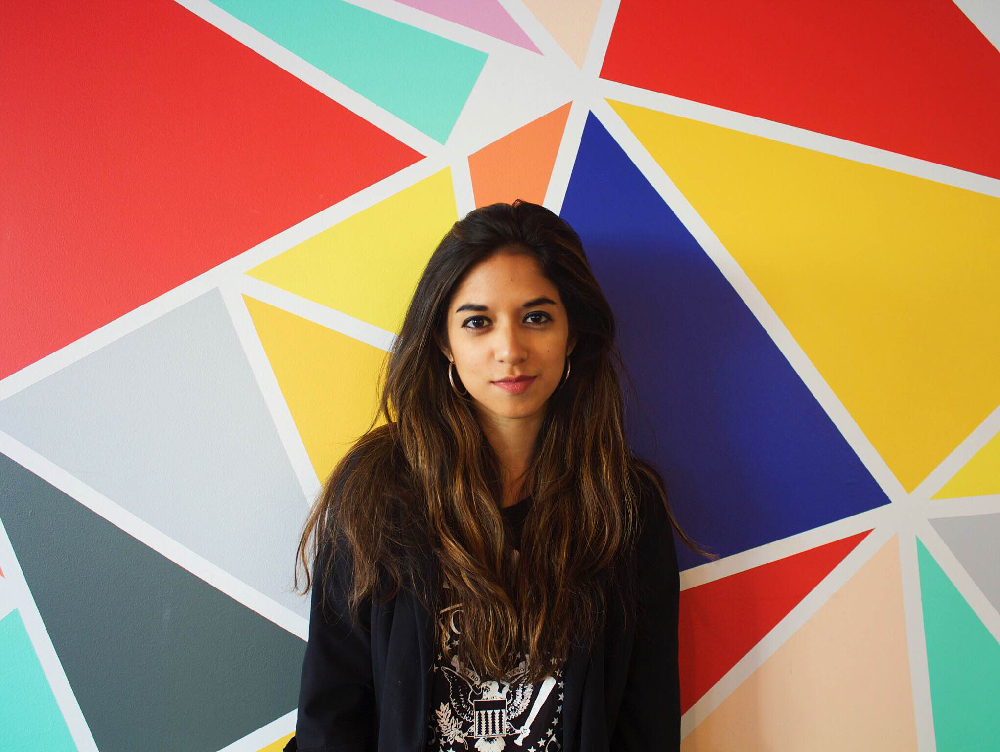 Mariana Tinoco Rivera said she always wanted to start a magazine, or has at least for the past five years. Now, as the first writing, literature, and publishing student in the Emerson Launch program, she has.

Rivera, a graduate student, said she took a class last semester on how to start a women’s magazine, and it required her to dream up and pitch her own. She said she came up with a feminine publication that included topics ranging from fashion to tech.

“I heard about Emerson Launch in that class,” Tinoco said. “I pitched a similar idea to them, but about women in Mexico City.”

The publication, Squad, is marketed to this demographic, and will exist strictly online and penned in Spanish.

Susanne Althoff, who teaches the women’s magazine creation course, now serves as one of Rivera’s mentors. She said she helped Rivera through a lot of the technical aspects of a publication like deciding its name, social media presence, and content.

According to Rivera, her hometown of Mexico City has a void in the magazine realm for a publication marketed to women. She decided to dedicate her last semester at Emerson working to produce content for the increasingly independent, career-driven women there.

“I’m so impressed with the ideas she has had and how forcibly she has embraced this project,” Althoff said. “In class, I emphasize to students that they should look for an unmet need, and I think Mariana really embraced that and thought of a publication that doesn't exist today in Mexico.”

Rivera works with a team of two other people. Both located in Mexico, her designer and video producer are helping her develop the publication, by setting up the website and creating marketing materials.

Rivera said that this project will encapsulate many more aspects of culture than the standard fashion and celebrity sections found in the existing publications with categories like news, travel, sex, and relationships. Overall, she said they want the online magazine to be simple to read and user friendly, and not aiming to confuse readers or create controversy.

The team went through many different names to decide on the publication’s title. At first they thought of naming it after a Spanish woman, Nina, but they decided on Squad because of its image of a group of powerful women while being simple and easy to spell.

To discover what worked, Rivera said for the past two months she made social media accounts and reblogged articles from multiple different sources to crowdsource which pieces would aim more toward her audience and which wouldn’t. She also conducted focus groups.

“We eventually want to do more sections like news, and more lifestyle kind of articles,” Rivera said. “Basically the voice of the magazine would be a very positive and inspirational [one] for women, but not feminist. [Articles] that women can use and find useful.”

The biggest challenge for Rivera so far is that she entered into this project as a writer, but she said she needs to be knowledgeable about other aspects of running a magazine like finance, marketing, and publication relations. She said the advisors at Emerson Launch helped her a lot.

Jake Bailey, the co-founder of Emerson Launch, is also one of Rivera’s mentors. Bailey said that Rivera coming from Mexico City to Boston to be a female entrepreneur puts her in a unique position.

“[Women] may be an undeveloped market in Mexico City and more broadly in Mexico,” Bailey said. “I trust her data. If what she believes is true, I think there is a real spot for this in the market. I think that ultimately any great business isn't the product alone, but what the product is reacting to in the market.”

Rivera said that the publication is struggling to find freelancers who are willing to work on this project for free. Rivera said she started a piece for the magazine already about her trip to India over spring break about the challenges women face there.

With each issue, Rivera said she hopes to have more stories like this that are simple yet interesting. The date for the first release is not set yet, but they are hoping to include 10 to 15 articles.

“Starting something from scratch has been pretty hard,” Rivera said. “I think it’s something you have to be passionate about otherwise it’s not going to happen.”