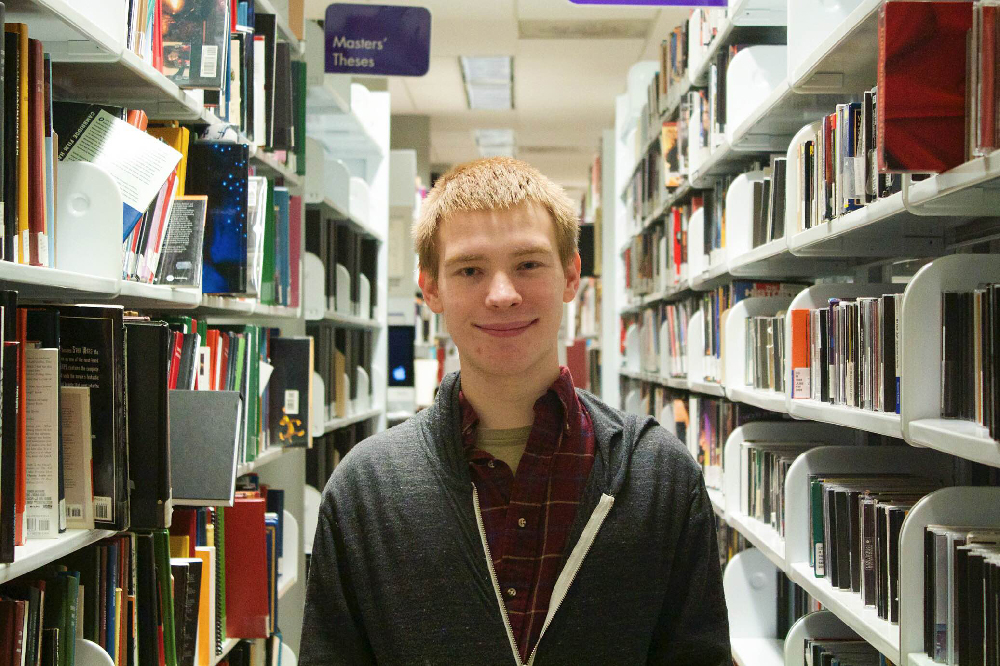 On a descent hundreds of steps down into the earth, it’s impossible to miss the gravity of the situation. It’s cold, dark, and damp, and the entryway only fits about three people, shoulder to shoulder. When walking through over a mile of underground tunnels, it’s easy to neglect the city above. For Andrew Grant, however, his trip to the catacombs of Paris was not something he could forget.

In a piece published in the Washington Post on Jan. 2, sophomore writing, literature, and publishing major Grant expressed exactly what it’s like to travel into the Paris catacombs and see what lie beneath the French city. He said the trip came about after his mother, who penned a companion piece, suggested Paris as a destination for Grant, who was studying abroad at Emerson’s Kasteel Well program.

“I found out that during midterms we had a travel break, which is five days where we get to travel wherever we want,” Grant said. “My mom came up with the idea of [meeting in Paris.] That was a nice way to see the city—she hadn’t seen it in like 20 years, and I’d never been.”

Tracy Grant may be Andrew Grant’s mother, but she’s also a deputy managing editor of the Washington Post. She said when he asked to see the catacombs, she was taken aback because she figured he wouldn’t want to see something so solemn on his first trip to the city.

Once Tracy Grant knew that her son would be writing about their trip to the underground ossuaries, she said she had no doubt that his piece would be well received, as she said he has had an ability to craft stories his whole life.

“The one thing that teachers always said about him is he’s a really good writer,” Tracy Grant said.

At Kasteel Well, Andrew Grant said students enrolled in the travel writing course were required to submit a piece every two weeks to chronicle what it was like to journey out of the U.S..

“Andrew was a great student, good writer and a good reader of his peers’ work,” Chetwynd said. “He took criticism well and was very thorough.”

Andrew Grant’s piece was originally written for the class, but he said he was offered publication by the Washington Post.

“When [the Post] found out that [my mom] and I were going to be spending time in Paris, they wondered if we'd be willing to do companion pieces,” he said.

“I was just pleasantly surprised they thought that it was good enough to be published there,” he said.

Andrew Grant said he has been writing since he was a child, and has since self-published three fiction novels, with a fourth one on the way.

“Sort of the main thing that I do is I write novels,” he said. “I started when I was 15. It was sort of just like a way to keep me out of trouble in the summer.”

Eden Muir is a long-time friend of Andrew Grant’s who said she’s read every piece of his writing. Since meeting him at a summer camp seven years ago, Muir said that he’s only grown as a writer, and that he’s one of the most imaginative people she’s ever met.

“He used to tell me about how he’d sit in his bed with a red ball and bounce it against the wall, making up stories constantly,” Muir said. “His creativity is beyond me. The stuff he comes up with, he can basically spew it out at a moment’s notice.”

Muir said that when reading Andrew Grant’s work, it feels as if you’re being added right into the plot. She added that she is a huge bibliophile, yet she has not been able to find this sensation in any other book she’s ever read.

Whether he is finishing a new novel or writing about the catacombs in Paris, Muir said that his writings are always invigorating.

“When you have writing that’s so immersive, you can take a break from life and read a story that makes your heart race and makes your emotions skyrocket,” Muir said. “It’s just an experience that you can’t get in many other places.”