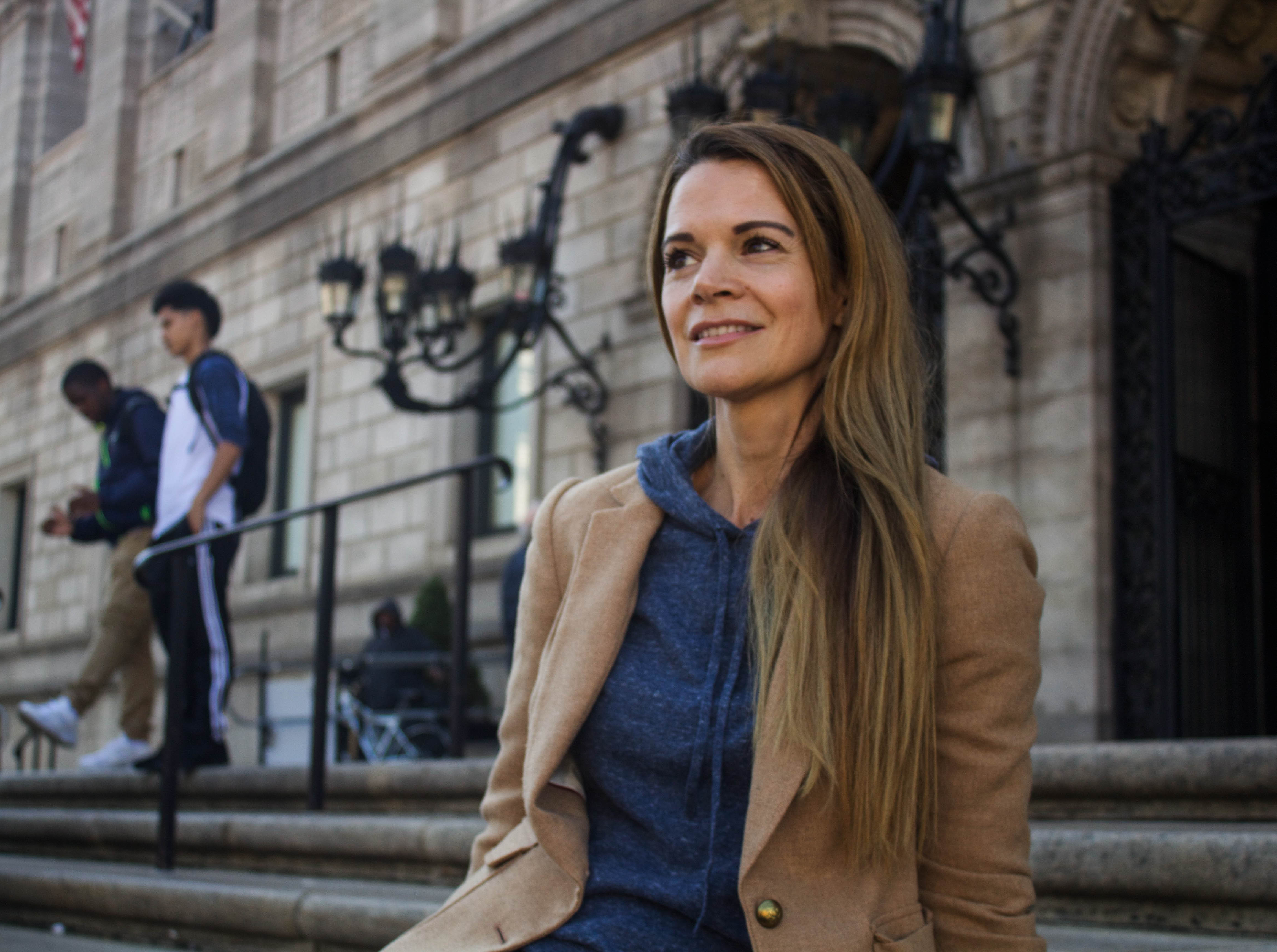 Pens scribbled furiously across notepads, guided by the prompt given just moments ago. In a tiny, upstairs classroom at St. Francis House, a homeless shelter on Boylston, a group of seven people gathered around a table for a writing workshop. Just like every Thursday morning, these patrons met to voice their experience through creative writing.

Cheryl Buchanan graduated Emerson College in the spring of 2015 with an MFA in writing, literature, and publishing. As a former attorney with a juris doctor degree from the University of Arizona School of Law, Buchanan understands the power of storytelling. In a city with one of the largest homeless populations in the country, she dreamt up a non-profit organization that focused on the “fusion of art and advocacy” through reading and writing workshops.

Funded by public and government grants and private donors, her organization, Writers Without Margins, came to life in June 2015.

Through Writers Without Margins, Buchanan is able to reach out to the local Boston population that has been isolated by the challenges of poverty, mental illness, addiction recovery, disability, sickness, trauma, and poverty. Writers Without Margins consists of three board members and four leaders who facilitate and organize the writing workshops.The organization has been successful in reaching those affected by working in collaboration with non-profit organizations that already offer services and programs to the poor and homeless.

The workshops were initially only held at the St. Francis House and the Center for Change in Dorchester, but the organization is now working to expand its programs to the Pine Street Shelters, the Wyman Re-Entry Program, and Bridge Over Troubled Waters, an organization that provides education and support for troubled youth. Though Writers Without Margins works closely with the homeless, Buchanan explains that the workshops are for virtually everyone interested in literature.

The organization continues to work with the St. Francis House, and, through its programs there, Buchanan has met many intelligent people, including a former astrophysicist and a former psychiatrist. Through its workshops, Writers Without Margins effectively dispels preconceived notions about people at the homeless shelter.

“The perception that intelligence has something to do with homelessness is incorrect,” Buchanan said. “It isn’t a matter of someone just making bad decisions.”

In the fall of 2014, Buchanan began doing weekly writing workshops at St. Francis House as a directed study under Senior Lecturer and First-Year Writing Program Director Steve Himmer. In her writing workshops, Buchanan read different literature prompts aloud and had the participants write off of them. The participants would then share, critique, and revise their work.

Himmer, Buchanan’s mentor, is thrilled at Buchanan’s expansion of the directed study.

“It’s wonderful to see how much the organization has grown,” Himmer said. “The voices that we’re hearing, the voices that are often silenced—that’s what’s important, and that’s what Cheryl is trying to amplify.”

For those students who aspire to do something similar to Writers Without Margins, Buchanan encourages them to join.

"It's definitely a rewarding experience just seeing how gracious the people are when you're so eager to help out," he said.

Johnson was humbled by the passionate people at St. Francis House and Center for Change in Dorchester. One man who attended the classes regularly told Johnson that what he loved about the writing workshops was that it was like he was getting a four-year education in an hour a week.

“In my head, I laughed,” Johnson said. “But then I thought about it, and I think that meant that this class meant so much to him that it was the equivalent of a four-year degree.”

For those who want to take a different route in social activism by founding their own organization, Buchanan said it takes ambition and persistence to do so.

“The city is difficult to navigate initially, and it can take a long time to figure out where the interests and resources are,” Buchanan explained. “I’ve made a lot of unreturned phone calls. I continue to send emails that go unanswered, but eventually, you tap into something.”

In 2015, Writers Without Margins published one hundred copies of a book that compiles the unique literature of six St. Francis House patrons. The journal is available for purchase online at the Writers Without Margins website (writerswithoutmargins.org). Buchanan hopes to come out with a thicker second volume early next year. Through Writers Without Margins, she wants to publicly display participants’ poetry on canvases that  could be exhibited at a coffee shop or library, depending on sponsorship. The organization is also currently working on a documentary that should be coming out next year.

Essentially, the organization’s role is “to knock down the invisible walls on Boylston street,” which inevitably cause us to be indifferent towards our community members.The Writers Without Margins website posts their upcoming events along with short videos of their programs. Donations can be made at the website as well.

“All I’m trying to do is provide a possibility to hear one another,” Buchanan said.