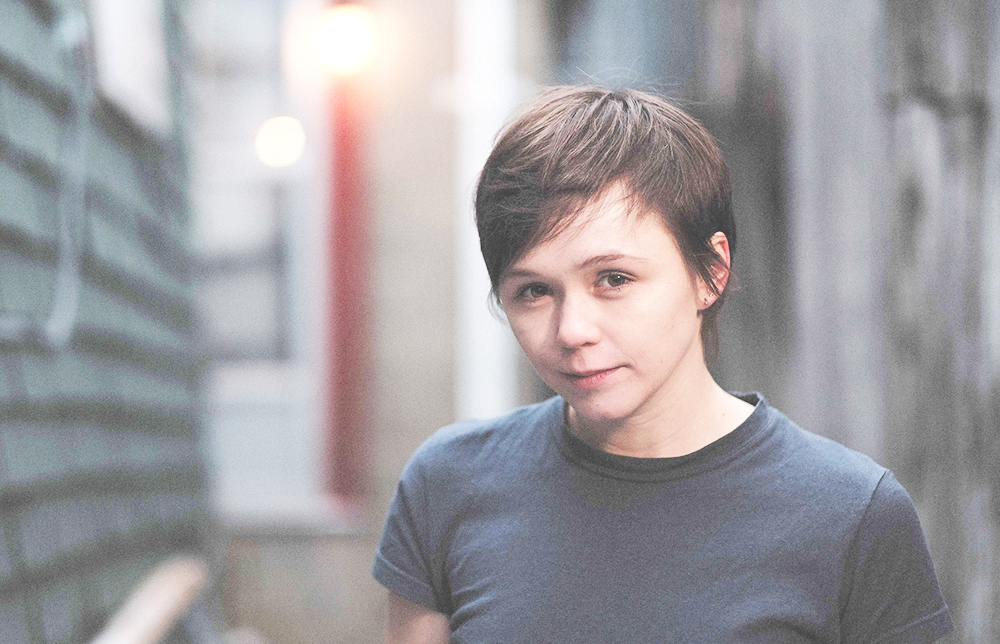 During her time as a performing arts student, Emily Skeggs earned three EVVY nominations for acting. After graduation, her collegiate success was far from over—in 2015, she made her Broadway debut and secured her first Tony Award nomination at the age of 24.

Now Emerson alumna Skeggs, ‘12, stars as activist Roma Guy in the ABC miniseries When We Rise.

The eight-part show, which aired from Feb. 27th to March 3rd, takes place from the 60s to today and depicts the lives of real life LGBTQ activists who fought for civil rights.

Skeggs said the producers of When We Rise invited her to audition for the show after seeing her Tony Award-nominated performance as Medium Alison in Fun Home, the hit musical adapted from cartoonist Alison Bechdel’s graphic memoir. Skeggs said the process of securing the role was quick.

“The first time I met [creator] Dustin Lance Black and [director] Gus Van Sant was over Skype, and then the next time I met them was on set,” Skeggs said.

In When We Rise, Skeggs portrays a young Roma Guy, a political activist fighting for women’s and LGTBQ rights in San Francisco. To prepare for the role, Skeggs spoke to the real life Guy, who is still politically active. Skeggs said that getting to know her was a humbling experience.

“[Guy] would be telling a story and she would be saying, ‘We did this and we built this and then we went here,’ and you had to sort of be like, ‘Okay, Roma, but who is 'we?'’’ Skeggs said. “And eventually she would say, ‘Fine. Me.’ She’s incredibly egoless. It’s always been about the work for her.”

In one episode of When We Rise, Guy fights the Briggs Initiative, a 1978 proposition that would have banned gay and lesbian people from working in California’s public schools. Skeggs said she was shocked that the proposal was on the ballot so recently and that it was defeated so narrowly.

“I don’t think people my age especially, and a lot of people who weren’t necessarily at the front lines of those battles, know what it took to win those freedoms,” Skeggs said. “And I think today these rights are being threatened in very major ways across the board.”

Skeggs said she thinks it is important to work on socially and politically conscious projects. Both When We Rise and Fun Home tell stories often neglected in media; Fun Home was the first Broadway musical with a lesbian protagonist.

“When I got those roles, it was definitely something I was interested in, but now it’s sort of become the priority for me,” Skeggs said. “I’m trying to be very thoughtful about the work that I’m doing, especially in this political climate.”

Maureen Shea, a performing arts professor and the head of theatre studies, taught Skeggs during her time at Emerson. Shea directed Skeggs as a sophomore in a stage adaptation of Toni Morrison’s The Bluest Eye, and as a junior in Horton Foote’s The Actor. Shea said Skeggs was smart, creative, and a joy to direct. She said she was not at all surprised by Skeggs’ success.

“I bumped into Lisa Crowe, who wrote Fun Home, and she also said how wonderful Emily was to work with,” Shea said. “That’s no surprise. I don’t think anyone has ever been disappointed working with Emily. She always comes through, and she is incredibly professional.”

Shea said Skeggs was adventurous and highly intelligent as a student.

“She took a course in her senior year, Living Art in Real Space, where she played her violin lying on her back on the Common.” Shea said. “She was unafraid. She was so interested in exploring everything—Shakespeare, musicals, performance art. She had a toe in every water. She was gonna really exploit the Emerson experience for her own growth and she did.

Skeggs said she felt the pressure to have a more narrow focus when she entered college.

“When I got to Emerson I felt like, ‘Oh, now [that] I’m here, I need to understand exactly who I am and what my brand is going to be,’ and that is really antithetical to the growth of an artist,” Skeggs said. “The point of college is to figure out who you are. But if you come in already trying to market who you are, that doesn’t leave a lot of room for growth, and I think that leaves a lot of room for doubt and confusion.”

Skeggs said that the courses she took beyond her major helped her to develop as an actor and person.

“It’s kind of impossible to make art about the world if you don’t have an understanding or experience of the world,” Skeggs said. “Anytime people are saying, ‘I want to be an artist. Where should I go study?’ I always encourage people to find programs where you’re not just taking classes on acting 101.”

Skeggs said that entertainment is incredibly important for audiences, and Fun Home and When We Rise have the power to change attitudes.

“I think that people need to go somewhere to laugh and forget about the horrors of today, but I also think people need to be able to see what’s going on [in real life] in entertainment,” Skeggs said. “Sometimes it’s easier for people to find empathy or find connection or find solutions to things when they’re seeing it on a screen or reading it in a book.”