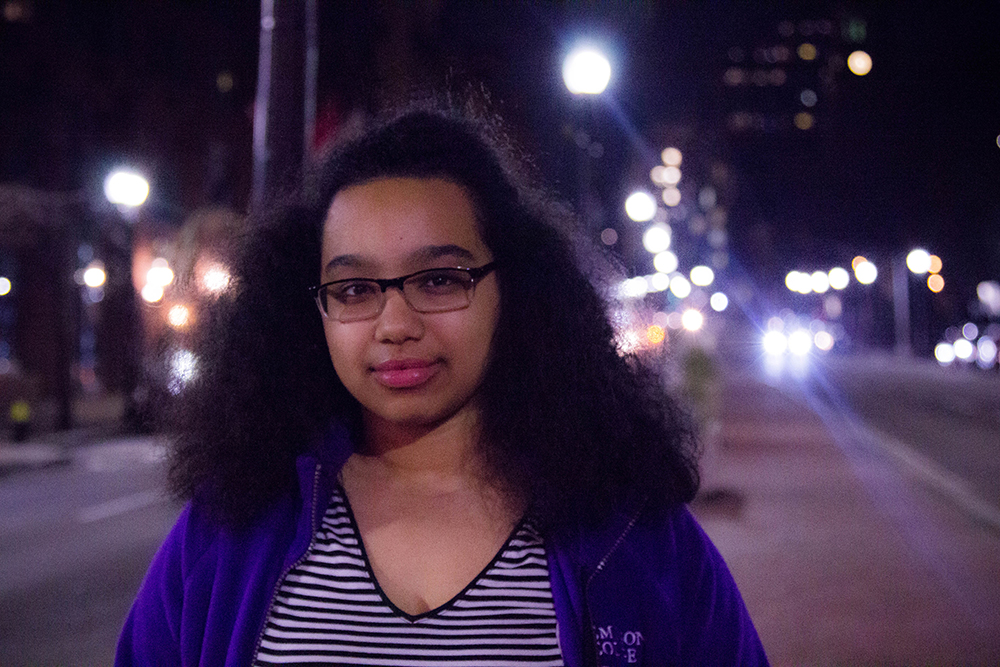 Student-run theater at Emerson has begun to make new strides toward inclusion. Emerson Shakespeare Society, whose mission is to produce works of theater based on classical texts, began the spring semester with a new and timely initiative—to not accept any productions for their spring semester season that did not include actors of color. Executive Director Julian Aldana-Tejada, a senior performing arts major, said it was an easy decision.

“Nothing was signed, we didn’t have to vote, we didn’t have to convince anybody,” Aldana-Tejada said. “We were all just sitting in our board room, we were like, ‘Hey guys, this is something that I think we should make a priority.’”

For Aldana-Tejada—who often found himself to be the only actor of color in shows early in his Emerson career—improving the representation of students of color in the Emerson student theater community has been an important goal since joining the EmShakes Executive Board. It aligns with the company’s efforts to find new ways to represent classical material.

“The one thing that keeps classical works relevant, the only reason why we still even look at Shakespeare and Chekov and the Greeks is because we can relate them to today,” Aldana-Tejada said. “And the only way to relate them to today is to embody our contemporary cultural voice, which exists full of diverse voices. We want to show our audiences, we want to show the Emerson community that classical material isn’t just written and designed, by its very nature, for white people.”

For instance, this semester, EmShakes will present Uncle Vanya by Anton Chekhov, whose work has historically been cast all-white. In this upcoming production, (directed by Elliot Masters), three of the five leads will be played by actors of color. For this casting process, EmShakes focused on being “color-conscious,” as opposed to “color-blind,” where race and ethnicity are simply ignored in making casting decisions.

“It’s all about having an awareness of what it means, on a higher supertext-type level,” Aldana-Tejada said. “So being open, saying, ‘I’m willing to cast any person of any race,’ but also saying, ‘I’m also willing to look at what that might mean to an audience member.’”

Treasurer Ashley Dixon, a junior performing arts major, said although all of EmShakes’ shows this semester will be diverse, diversity will not necessarily be the artistic focus of those productions.

“A lot of people unfortunately fall into the trap of only casting people of color for a plot point, or to create a theme, which I feel like just exploits that actor of color,” Dixon said. “And we don’t want to exploit the students of color here.”

Issel Solano, a freshman performing arts major, said that she feels actors of color are only considered for parts that are specifically intended for them. She did not partake in the Student Theater Alliance’s Common Auditions this year—which according to Dixon, is not uncommon for actors of color who feel like they won’t be considered.

“I didn’t want to be a part of that,” Solano said. “I have friends [who are other actors of color] who auditioned for Common Auds, and they either got callbacks for parts that were specifically meant for people of color, or they weren’t called back at all.”

Solano acknowledged that one of these friends was cast in a production this semester. On the other hand, however, she cited an incident in which a director told her friend she was “not the right look” for the part.

“I feel like it’s never intentional,” she said, of the tendency to cast all-white. “But I have a problem when the cast is all-white, if the play is a universal play. The world is not like that, and if you’re putting a play up, it should be representative of society. And society is not all-white.”

Solano also pointed to another major flaw in the casting system of Emerson’s student theater, which contributes to the diversity issue—the tendency to cast based on favoritism.

Aldana-Tejada said putting EmShakes’ new push for diversity into effect, in the face of all this, demands taking extra steps.

“A lot of what the issue tends to be is an issue of complacency,” he said.

According to Aldana-Tejada, even directors who go in the casting room intending to cast diversely tend to abandon those intentions when actors of color do not emerge, or are claimed by other shows.

Dixon said her patience wears thin when she hears her classmates pledge their support for diversity, inclusion, and color-conscious casting without backing up their words with actions.

Dixon said solidarity is key to improving the current state of diversity in performing arts at Emerson.

“It would be nice if we could all get on the same page when it comes to where we want to move towards as a theater community,” Dixon said.

She advocated for the possibility of other theater organizations on campus adopting EmShakes’ new policy, and expressed a desire to have difficult conversations with those who don’t entirely agree with it.

“Because there are maybe people who may think that it’s wrong for us to not do shows with all white people, and I would like to have those conversations with them and understand why they think that,” she said. “I just think there needs to be more communication when it comes to this issue because, once again, complacency doesn’t fix anything.”

Aldana-Trejada also pointed out the importance of diversifying the executive boards of Emerson’s student theater companies.

“Because if you have a roomful of people that try to program diverse shows, and you don’t have those diverse voices making those decisions with them, then it becomes much more difficult,” he said. “Unless you get at the fundamental structure of it, nothing’s going to change.”