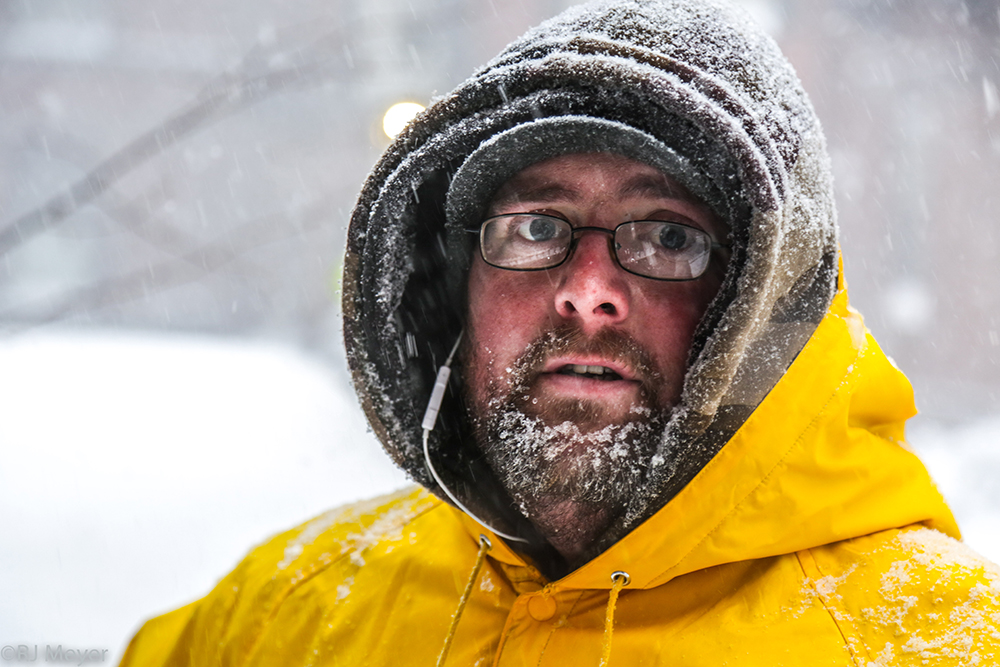 There once was a time when our artwork was autographed with messy handprints slapped on with paint. These days, it’s not actually so different; in the age of social media and constant content creation, personal branding is imperative to artists at Emerson. Instagram users are familiar with the concept of themes, or similarities between posts creating a coherent mosaic of pictures. Young professionals draw from their idols to assemble a unique wardrobe—the ultimate illustration of one’s identity. Fashionistas and photographers collect colors and styles that draw their attention, looking to curate a solid recognizable aesthetic that appeals to their audience.

Alice Yuan, a junior communications studies major with public relations and social media experience, said she thinks the image people sculpt for themselves is an artform of its own, especially at Emerson.

“Going to school in such an artistic environment, you meet people with such different online personas and personal aesthetics,” Yuan said. “I think it says a lot about a person or about how they want to be seen.”

Yuan said she sees personal style as a way to express who she is or who she wants to be. Although she mostly wears black, she said she posts photos with bold colors and fashion on social media to reflect herself more accurately.

“I love an Instagram feed that’s just colorful,” Yuan said. “Black and white themes are really gorgeous too, but I feel like that’s not my personality. I’m definitely kind of a sunshine girl.”

With a declared minor in marketing and over 3,000 followers on Instagram, Yuan dreams of working in public relations and online blogging. She said she’s fascinated with the image people and companies put out to the world.

“I do think there’s a gap between the virtual world and reality,” Yuan said. “What people post on social media may not necessarily reflect how life really is, because who is going to post a not-so-great picture, or a caption of them not doing well? That’s why social media can be deceiving sometimes.”

Yuan said some celebrities, like the Kardashian family, are so popular on social media that their name becomes their brand. However, for artists just starting out, she said an identifiable aesthetic is necessary to gain recognition.

“[For businesses starting out], their color palette is actually essential to their branding,” Yuan said. “Social media is really powerful—it helps a brand grow and exist in a world they didn’t exist in already.”

Jake Bridgman, a sophomore visual and media arts major and aspiring director, said that it is important to dress for the career you want. Bridgman said he wants his clothing to communicate confidence and commitment to his desired profession.

“If you want to dress for the job, directors are like 70 percent of the creative power in a film and if you can’t be creative with the way you dress, I feel like there’s some dissonance there,” Bridgman said.

Bridgman said his friends often tell him he dresses like a stereotypical director, with scarves and long jackets, but Bridgman describes his own personal aesthetic as “Brooklyn grandpa meets L.L.Bean.”

“In the internet age, where a driving factor behind fame is viralness, you’ve got to hook people in with something that’s different, something that’s unique,” Bridgman said. “The idea of dressing well 70 years ago was the black suit and the black tie. Now, today, it’s how are you making yourself different from everyone else.”

Bridgman singled out Christopher Nolan and Denis Villeneuve as two directors he admires for their work and their personal aesthetics. But Bridgman said that many outside the film industry have also made their mark in creative ways.

“I feel like one person who I think was a great artist whose personal brand really defined his work was David Bowie,” Bridgman said. “Something about his aesthetic transcended his music and created him more as a brand.”

RJ Meyers, a freshman visual and media arts major and self-taught photographer, said his aesthetic is still evolving. Currently, he’s interested in portraits with high contrast and stories to tell.

“With a good portrait, there’s a certain emotion conveyed,” Meyers said. “I like my models to display how they’re feeling.”

Meyers said he uses color palettes and backdrops to tell the subject’s story. One example is a photo he took of a man shoveling in Beacon Hill. Meyers said he used the man’s bright yellow jacket to contrast against a monochromatic frame.

“I’m interested in editing and colorization,” Meyers said. “Certain colors evoke certain emotions. Blue is a little cold, kind of depressing, it makes you think. Or warmer tones like red and orange are passionate. Green is uneasy. When I’m editing, I take all that into account.”

Emma Fishman, a senior visual and media arts major and president of Emerson’s Fashion Society, said clothing aesthetics change with the personality of the wearer on any given day. She said hers have drastically varied throughout the years.

“I love mixing patterns and warm tones,” Fishman said. “I like the space I’m in to be very zen because I think it reflects my mental state where I’m at. It’s definitely something that’s important to me, the aesthetic of my home. The aesthetic of my fashion sense is always changing with me, but I’ve always kept my room really cozy with a ton of blankets and all my artwork up.”

The Fashion Society’s newest lookbook, called Index Vol. 2, will be released at the end of the semester. Fishman said she thinks they’ll do a studio shoot with accent colors and clothing the models thrifted themselves. One style they’re looking to play with involves blush tones against rocks outdoors.

“Just white, gray, blush, and that’s it,” Fishman said. “That’s the biggest part of fashion photography—the aesthetics of it and what it’s trying to show.”

Bridgman, who dresses as the director he wants to be seen as, said he can learn a lot about the mind of a person from their self presentation.

“There’s a reason why people choose the clothes that they do and that can communicate a lot about your profession, your ideas, and the way you see yourself and the world,” Bridgman said.