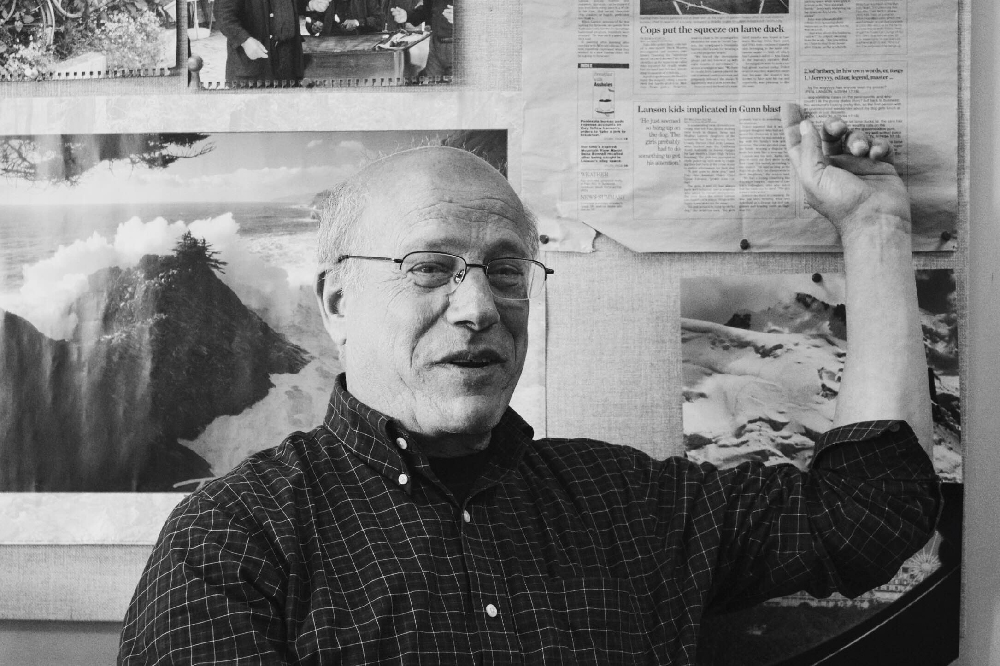 Lanson, a 67-year-old associate professor and associate chair of the journalism department, will end his 17 years of teaching at the college after this semester.

He said he will remain at Emerson for one or two years to mentor adjunct professors and lead international programs, particularly the Global Pathways program to Aix-en-Provence, France, which he founded.

Lanson came to Emerson in 1999 as the first chair of the journalism department. He said that while he had previous experience in education, he was working at the San Jose Mercury News when a search firm approached him about the job.

“Like most of my life, it wasn’t really planned,” he said. “It just sort of happened.”

According to Lanson, he stepped down from his position as chair after six years, but has remained on faculty for 17 straight.

He said the character of the Emerson community was one of the things that kept him at the school, calling the students creative, cheeky, irreverent, and fun. He also cited his colleagues and the opportunity to teach a variety of classes as his anchors to the college.

Lanson said he introduced many journalism classes, including Travel Writing, Road to the White House, Journalism in Wartime, and a then-four-credit ethics course. In his time here, he has seen the department move from focusing on broadcast journalism to a concentration on multimedia.

“I never want to see [technology] take away from the fundamental core of what journalism is—which is well-conceived stories, thoroughly reported, and clearly written,” Lanson said.

He said he was the one of the first members of the faculty diversity committee; was one of three faculty on the search for a new president, which decided on President M. Lee Pelton; and was a representative to the board of trustees. Lanson also participated in LeadBoston, a program that aims to promote social justice and diversity in Boston. He said he’ll continue doing volunteer work in his retirement.

Students need to learn to write about people from cultures other than their own, and to tell stories without putting people in boxes, he said.

“I spent a lot of my early adult life and my later adult life coming to terms with what blind-spots I had and what kind of stereotypes I held, and changing,” he said.

Lanson said seeing students grow as journalists and individuals was a rewarding aspect of his career.

“It’s just so remarkable to me how students engage and keep up with faculty,” he said. “It makes my life fuller, it’s nice. I hope I can contribute the same to theirs.”

He said this summer he will attend what he thinks is the sixth student wedding since he began teaching at Emerson, noting that he never went to the ceremonies of students he taught at other universities.

Laura Morel, who graduated in 2011, said in a phone interview that Lanson held his students to a high standard. She has been a staff writer for the Tampa Bay Times since 2012, and said his expectations prepared her for the industry standard.

After completing Lanson’s Feature Writing course, Morel parted with his career advice added onto her last assignment. He wrote to stay focused on the news, rather than the politics of the newsroom. Four years later, she said she keeps that piece of paper on her desk at work.

Jennifer Ortakales, a senior journalism major, took Lanson’s Travel Writing class this semester and went on the Global Pathways trip to Aix-en-Provence last May. She said he acted as a teacher, tour guide, and mentor to the students on the trip.

“He has a warmth to him that I think was sort of like a father while we were all travelling together,” she said.

Ortakales said Lanson recounted his own mistakes abroad to make the students more comfortable, and showed them spots in the city he had been before.

Many of Lanson’s retirement plans lead back to France. He wants to improve his proficiency in the language. He also intends to finish a travel book about entrepreneurs and artists who work to retain and restore French traditions through innovative practices.

One man Lanson interviewed was an entrepreneur rebuilding the textile industry using indigenous hemp and nettle. Lanson said he wrote articles about these people in the past, but hadn’t been able to put the book together before.

“I find it’s a very interesting country,” Lanson said. “[French people are] known for their modernity and their sense of style and fashion one the one hand. On the other hand, you’re in a country with Roman ruins, very much steeped in history.”

Not all of Lanson’s retirement revolves around France, however.

Lanson said he wants to volunteer to teach immigrants English as a second language while in the United States. He plans to take some photography courses, and said he was interested in studying jazz piano.

He intends to spend more time with his grandchildren and to travel. He is changing his blog, currently titled “France in the Slow Lane,” to “Slow Lane Travel,” so it can include his travels elsewhere. Ortakales is helping him with the redesign. Lanson named more than half a dozen possible travel destinations on several continents.

“What retirement really is about is the opportunity to do things you haven’t had time to do,” Lanson said. “And to do them in a way that you can enjoy them, savor them a little bit.”

Lanson co-wrote three books about his field and is the sole author of a book on writer’s block.

Mark Leccese, associate professor in the journalism department, co-wrote ‘The Elements of Blogging’ with Lanson, and said he couldn’t have asked for a better collaborator.

He described Lanson as a wonderful colleague, a wonderful friend, and a born teacher. Leccese said that while Lanson’s departure was a big loss for the college, he was happy that Lanson and his wife would have more time for their grandchildren and traveling.

“The journalism department, as it exists today, was built on the foundations Jerry laid,” Leccese said. “And they were very good foundations.”