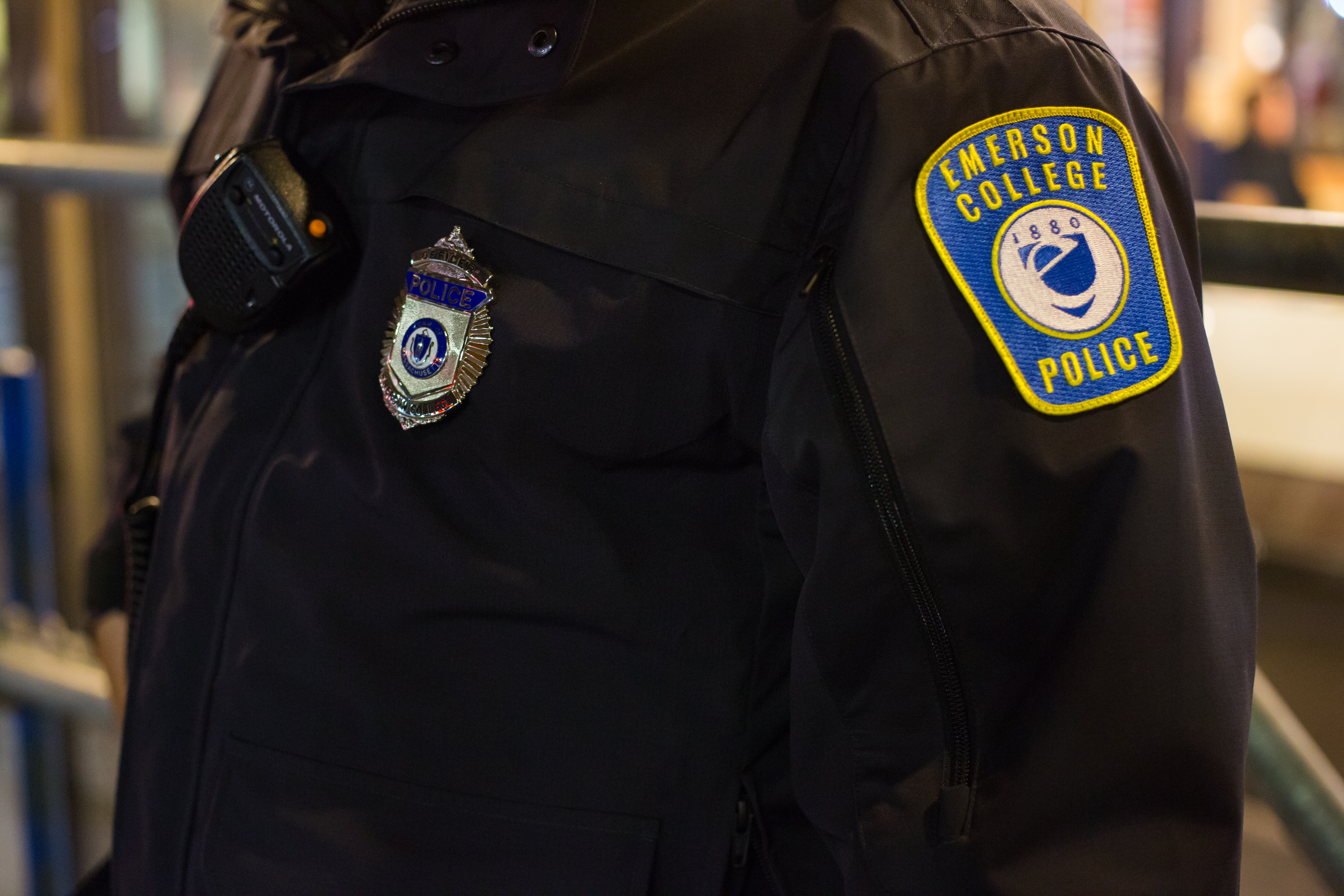 In an urban campus flanked by several nightclubs, street harassment is far from rare for many Emerson community members, especially women and LGBTQ+ people. Emerson College Police Department Chief Robert Smith said, “If a student calls and says that they’re being harassed or bothered, we’ll send someone out.”

President M. Lee Pelton said if students don’t feel safe, improvements need to be made, and that those changes  will begin with increased transparency.

“What I will do is bring together [Violence Prevention and Response], ECPD, and student life to begin a conversation and then a program about improvement,” Pelton said.

Michelle Slivinski, a senior performing arts student and resident assistant, said that on Sept. 19, a seemingly blind man bumped her with his cane outside the Colonial Building, then hit her with it several more times. She says he asked her for money or a cigarette, which she didn’t have. He reportedly said, “You’re lying, bitch,” and grabbed her waist.

Slivinski says she shoved him off, ran into the Colonial Building and called ECPD. According to her account, the dispatcher knew who she was describing from previous reports and told her they’d send an officer to look for him immediately. Slivinski said the alleged assaulter moves extremely slowly, a claim corroborated by numerous other sources. She said the ECPD dispatcher called her back about 20 minutes later to say that they couldn’t find the man.

Chief Smith acknowledged that it would take an officer seconds to get to the Colonial Building from ECPD’s office in the Little Building.

A crime log entry for Sept. 20 reads, “A student reported being harassed by an aggressive panhandler.”

Smith said that striking and grabbing is considered assault.

When told of the crime log, Slivinski said, “If they didn’t even take it seriously enough to record it accurately, and they just wanted to summarize it enough to catalogue it for some Clery Act responsibility, then why do we have [ECPD]? What is the benefit for me as a student to have them?”

An ECPD officer asked her to file a written report that evening, but according to Slivinski, she asked if she could wait until the following day or fill it out in a PDF. She claims the officer told her that a detective would call her the next day to look into the incident further, but that she was never contacted.

Madison Martino, a sophomore marketing communication major, reported that a man fitting the description of Slivinski’s assaulter groped her and made inappropriate sexual comments, asking about her relationship status and making comments about his own sexual history as she helped him walk down Tremont Street on Oct. 20.

She said that with the help of a resident assistant, she called ECPD to report the assault that evening. The next day, she gave a verbal report of the incident in person, filing a written statement the next week, although she declined to pursue criminal charges.

No corresponding crime log entry exists, but Smith noted that sexual assaults are usually not included in the crime log out of respect for the survivor’s privacy.

Smith sent out a campus advisory about a man fitting the description of the alleged assaulter on Nov. 9, nearly two months after Slivinski’s report, more than two weeks after Martino’s initial request, and two days after Smith was initially interviewed for this article.

Smith said there was a delay in the advisory email because they struggled with the correct language to describe the accused and didn’t want to stigmatize any groups.

Martino said she wanted to see a change in the way ECPD officers approach the issue.

Smith said Violence Prevention and Response and the Office of Title IX Equity and Access both train ECPD.

According to him, the last time ECPD was trained by VPR was a year and a half to two years ago.

Sylvia Spears, vice president for diversity and inclusion, said that without ongoing reinforcement after a workshop, it could be difficult for people to bridge the gap between intent to improve and actual action.

“Behavior change requires repeated and ongoing validation of certain behaviors and disincentivizing other behaviors,” she said.

Dr. Melanie Matson, director of VPR, said it was important to listen, communicate, and ask what survivors need without debating their feelings or perceptions of their experiences with assault. She said she welcomes anyone in the Emerson community to contact VPR to learn more about how to be sensitive to survivors of trauma.

Isabelle Lichtenstein, a sophomore journalism major, said that on Oct. 26 she witnessed a man fitting the same description grope a college-age girl’s buttocks after the girl helped him cross Tremont Street.

Lichtenstein said she immediately told three ECPD officers outside the Little Building what had happened, and pointed out the alleged assaulter, who was still visible in front of Starbucks on the corner of Tremont and Boylston Streets. She said the officers told her they’d look into it right away.

According to Lichtenstein, she went to the ECPD office approximately 15 minutes later and the officer at the dispatch desk had heard nothing of the alleged assault. She said she filed an official report with ECPD and the Boston Police Department, but was told that because it occurred outside ECPD’s jurisdiction and there was no victim statement, an investigation could not be launched by either department.

There is no corresponding crime log entry for this day.

Spears said the campus has an opportunity to look at how it views and reacts to street harassment.

“Some kinds of violence are regarded by some folks as something people are supposed to get used to,” she said, “and I find that problematic.”