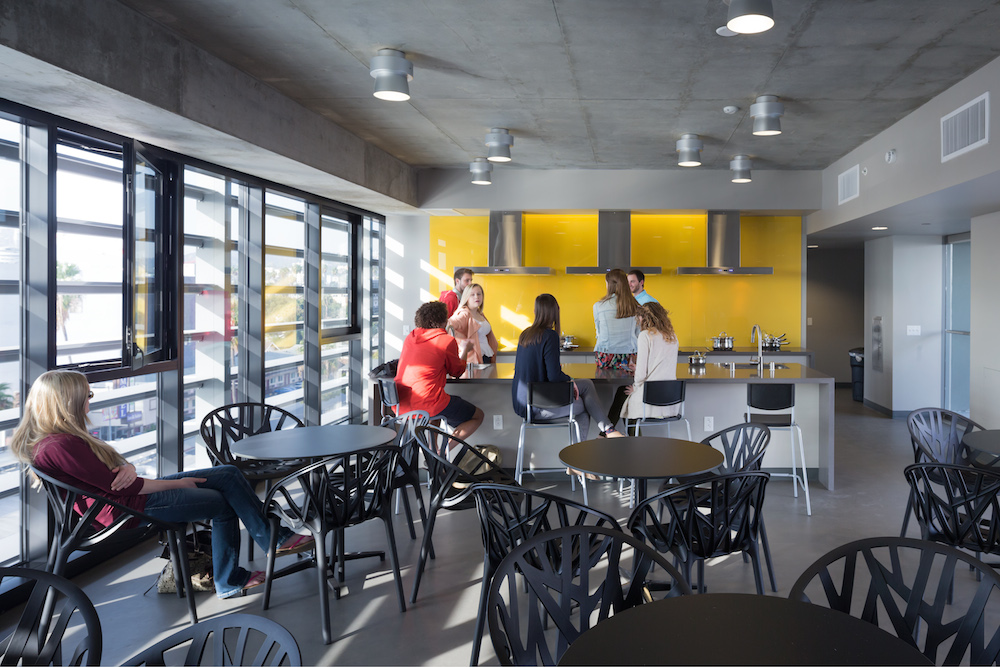 With a month left before graduation, Emily Grill, like many other college students, felt lost and nervous about what would come next. As a performing arts major with a concentration in acting and minors in directing and choreography, Grill didn’t know which direction to take her degree. Then the Emerson Los Angeles Campus summer session provided her a breakthrough.

After taking courses at the LA program over the summer, Grill, who graduated this year, said she finally understood the business side of acting and realized the steps she needed to take.

This practical perspective—gaining an industry perspective before graduating—is what several participants identified as the crucial element in the summer LA acting program. The new technologically advanced campus, located on Sunset Boulevard in the heart of Hollywood, hosted 45 students from various majors over the summer, including Grill and four other acting students.

According to Brad Lemack, director of experiential learning at Emerson Los Angeles, said that in his experience, the LA program is where undergraduate and graduate performing arts students go after they’ve learned their craft in Boston, and want to master the business aspect.

Grill said she learned how to write an acting resume, how to take memorable headshots, how to research companies and agencies best fit for her concentration, and how to make professional connections in Lemack’s Business of Acting class.

The summer acting program brought various members of the industry into the classroom to meet and speak with students. Grill said she was able to have intimate one-on-one discussions with casting directors, agents, working actors, managers, and headshot photographers.

Grill said she and her class also learned the steps they needed to take after graduation. Instead of getting an agent right away, these acting students learned that they first need to get their work and name out there on casting websites before calling multiple agencies.

Reyn Beeler, a senior performing arts major, said he didn’t know how influential the LA summer program would be until he got there.

After some deliberation and advice from relatives and educational advisors, like David Griffin, the director of international study and external programs, Beeler re-thought the program.

“I met with David Griffin and he asked me one thing—‘Are you planning on being an actor in LA?’—to which I replied yes,” Beeler said. “He replied, ‘Then you should do it,’ and thus my move was set in motion.”

The undergraduate acting concentration at Emerson has strict program requirements spread throughout four semesters. Acting students in the bachelor of fine arts program who want to study abroad can only take those extra credits during the summer or winter breaks.

Grill and Beeler also said they learned from their hands-on experience in internships, which students are required to have in the LA program. Lemack said he believes this is the most important lesson in the summer program.

“Students should know how critically important this program is to their development and how they can start to apply what they’ve learned to their daily lives,” he said. “There is no greater real life experience.”

The difference between a regular semester and the summer semester is the amount of time students get to spend at their internships. Beeler and Grill, like most students in the summer, only took two classes including the internship course, instead of the usual three or four classes students take in the fall and spring, leaving more time to work an 8-hour shift in a fast-paced company.

According to Lemack, Emerson Los Angeles can either help students find the right companies to work for, or students can find internships independently. In either case, the internships they choose must relate to the fields they are studying at the LA campus.

After being accepted to an internship, the college then signs learning agreements with these companies, which contractually require them to give the students hands-on work, according to Lemack, so students can relate their experiences to what they are learning inside the classroom.

Beeler interned at Ideal Talent, an agency that has represented actors who have worked in films such as The Dark Knight Rises, The Twilight Saga: Breaking Dawn, The Wedding Singer, and more.

Grill interned for Osbrink Agency, which specializes in younger talent and represents stars like Dakota Fanning and members of the Disney Channel. She said she believes that working for this company helped her focus her ambitions for after graduation.

“A required internship really forces you to go out there and learn,” said Grill. “As an acting major, I think it’s almost a disservice that actors aren’t required to do the LA program. It was a reality check and showed me exactly what I need to know and do as an actor to get representation.”

The other two requirements for the LA summer program are eight hours of community service and attendance at two professional workshops; both require students to write essays about their experiences to pass the course.

“The workshops are essentially required networking and also promotes proactivity,” Lemack said. “As for the community service, we as Emerson students and alumni have the responsibility to give back to the community. It’s about the bigger picture and not just about who we are moment to moment.”

For students like Grill and Beeler, attending the LA summer program solidified their decision to continue in the performing arts field.

“LA made my education exponentially useful,” Beeler said, “and I firmly believe that a semester at the LA campus should be more extensively encouraged, maybe even made necessary.”