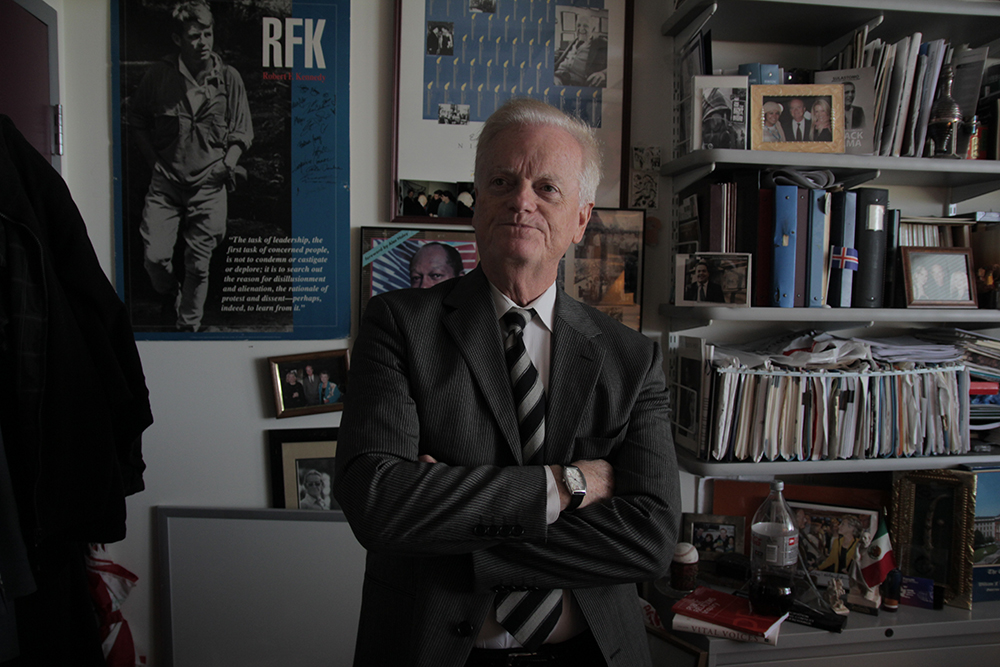 Students at Emerson might have been disappointed by the recently reported (fake) selfie class, but it wouldn’t have been out of character for Emerson because of its long history of nontraditional classes.

Earlier this month, The Daily Currant, an online satirical publication, featured an article about a new “selfies course,” supposedly aimed at teaching students how to take the perfect selfie. But to many students, the class seemed plausible given the school’s history of unconventional courses.

“I wasn’t surprised that our school would do something like that,” said Holly Horne, a junior visual and media arts major.

Emerson may have classes with peculiar names, but they are anything but silly. These classes are particularly important because they provide students with new perspectives and give them a chance to get out of their comfort zone.

Gregory Payne, associate professor of communication studies at Emerson, said he had seen his share of odd courses over the past 31 years he has taught here.

“These classes are always well attended,” Payne said. “Some of these classes,

which are certainly different, reflect Emerson’s niche of being ahead of the game in terms of what students are interested in.”

In the early ‘90s, Payne taught classes about famous conspiracy theories. One class covered the John F. Kennedy assassination and Payne invited conspiracy theorists to speak about the assassination. He had taught another on the 1970 Kent State shootings—in which Ohio National Guardsmen shot unarmed college students—where guardsmen from both Ohio and Massachusetts visited the classroom. He said this was the first time the guardsmen had visited an Emerson classroom.

Payne said these courses were not just about conspiracy theories; they also taught students about political communication and showed them how to debate multiple sides of a story.

“These classes were meant to show the importance of keeping a clear head and deciphering between what’s verifiable and what’s propagandistic,” said Payne. “It shows them critical thinking and derivative skills—making sure views are backed up by facts.”

The Kent State seminar course was offered in 1992 and again in 1996, almost 30 years after the shootings. Students in both

years of the class traveled to Kent State to perform a play that Payne wrote about the shootings, meet multiple guardsmen, and walk the grounds where the shootings took place. Kent State has recently been in the news over a controversial sweatshirt sold by the popular fashion store Urban Outfitters. Payne, who has studied the Kent State shooting for the past 45 years, publicly denounced the sweatshirt.

According to Payne, the Kent State and Kennedy assassination courses had students write their own narrations—using evidence they had gathered—about what they thought actually happened during those tragic events for their final project.

Payne also taught a course on the global rhetorical phenomenon of the death of Princess Diana to show students the evolution of the celebrity driven media we live in today and how powerful it can be.

“Princess Diana used her celebrity title very differently than celebrities do today.” Payne said. “She would bring William and Harry to visit AIDS patients in the hospital, which at that time was very meaningful.”

“The class provided many opportunities for students to explore the ideas of how sexuality, biological sex and gender are now viewed as considerably more fluid.” Swaroop said. “I wanted my students to learn that self-expression trumps societal definitions.”

According to David Kociemba, an adjunct professor who says he specializes in quirky classes, Emerson students respond well to unusual subjects.

“Students wanted to be there; they fought to get in.” Kociemba said. “They were committed and passionate.”

The classes Kociemba has taught include Getting Lost, which ran in 2011 and 2012; Deconstructing TV’s Buffy, which ran from 2004-2010; Fandom for N00bs in 2011; and most recently, Understanding the Whedonesque, on prominent screenwriter and director, Joss Whedon.

Sarah Benkendorf, who graduated in December 2013 with a degree in writing, literature and publishing, took Understanding the Whedonesque because of a recommendation from Kociemba.

According to Kociemba, his classes are designed to help students investigate cultural phenomenons as a group and give them a chance to collectively see how something develops.

“When students could learn from each other, that was a productive classroom dynamic,” Kociemba said, “as students provided either a fresh perspective or expertise to provide supporting or complicating details.”

Benkendorf said all Emerson students should consider taking these unusual classes, even if they are not directly related to their majors.

“There’s nothing like stepping out of your comfort zone and realizing that you can do something that doesn’t typically fall within the traditional boundaries of your major,” Benkendorf said.

Swaroop said taking these risks are a crucial component of Emerson.

“If we, as a college, do not encourage students to take risks and try something new, again in a safe environment, then we are not doing our job as an institution.” Swaroop said. “It is our responsibility, as artists, to constantly try new things and explore new ideas because without that push we will remain stagnant.”