Through a different lens, alumni hope to shed light on culture 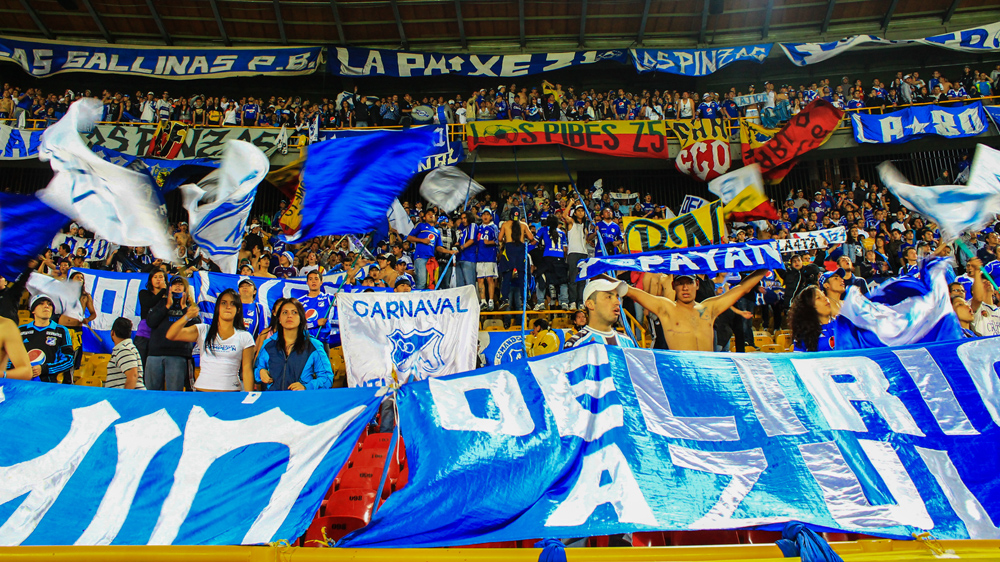 Sam Mathius walked into the Tam, a bar the 24-year-old has worked at since his sophomore year at Emerson. With his left hand rested against his right arm, he apologized for his tardiness — he had just come from Massachusetts General Hospital, where he received so many vaccinations he couldn’t even recall them all.

“They gave me a Hepatitis A, they gave me like a Tdap booster, and, typhoid? I think it was typhoid,” he said. “I have to go back for the Yellow Fever vaccine on Thursday, and then I got these malaria vaccine pills that I take before we go to the Amazon region. I got some dysentery medicine that we will probably need at some point, from what I’ve heard.”

The shots were one of many steps Mathius and a trio of other Emerson alumni—all friends when they attended college—are taking in preparation to begin traveling through South America to shoot a documentary, American Fútbol Movie, leading up to and through the 2014 World Cup in Brazil.

“It’s definitely a bold and aggressive undertaking, but we’ve really planned this out thoroughly for the last year and a half, as much as you can plan out a documentary,” said Mathius, who graduated in 2010 with a degree in writing, literature, and publishing. “It’s a leap of faith, but I wouldn’t be doing it if I didn’t think we had the talent and the people that are driven to do it.”

Mathius quit his day job in February at a content marketing company. His project partners, Pete Karl and Petar Madjarac, also quit their jobs to focus more on their upcoming project. The fourth member of the crew is Austin Ahlborg, the cinematographer.

“It’s been a little difficult, but it’s not like I’m scrounging to get meals and stuff,” said Mathius. “Luckily my landlord is my roommate and good friend, so he’s been flexible with rent this month.”

The group’s three-and-a-half month itinerary will begin in Tijuana, Mexico, and traverse eight countries in total, including Chile and Argentina, before arriving in Brazil on June 11 for their longest stop.

Still, for all three, putting their everyday lives on hold didn’t come without its reservations.

“It was very hard for me to leave my work because I really loved it there, and enjoyed it,” said Madjarac, who was previously in Iowa at REL Productions making short-form documentaries and television shows for the agriculture industry. “But this is such a once in a lifetime opportunity that I kind of dropped everything and jumped off the deep end.”

Karl was a little further south than Madjarac, in a place he’ll soon be seeing again in his travels.

“I was in Colombia, the country, all of last year,” said Karl, who was working at NTN 24, an international news station in Bogota. “It gives me a bit more comfort going back through Latin America having spent some extended time there.”

It was October of 2012, and Karl and Madjarac both got an email from Mathius, introducing the idea of going to Brazil for the 2014 World Cup, and filming a documentary.

“As most good ideas start, I was drinking a beer with some friends,” said Mathius.

But with a broad topic, as the trio began to pass along some of their pitches to industry friends, they kept getting the same message.

“They were like… ‘Your work is good, but you need to focus this more,’” said Mathius. “We couldn’t just be like, ‘Hey, we’re road tripping to the World Cup, give us money.’”

From there, a motif was formed: exploring the intersection of Latin American and United States culture through soccer, and spreading the passion of the sport through this country.

“The best way to help people understand why soccer is great is to show them a culture that is completely devoted to soccer,” said Madjarac. “We can experience these cultures and know them better through the lens of soccer. That’s very powerful. If we’re going to continue to be a multicultural America, we have to understand each other better.”

Once an idea was decided upon, responsibilities were divvied up (Karl said it happened organically because each person brought a specific skillset), and the wheels slowly began to turn.

But there were moments when it seemed like the project would never happen, including when Madjarac returned to his home country of Croatia in September 2013 to visit his family, and gave Karl and Mathius an ultimatum.

“He basically gave us these two big to-do lists, and he said, ‘You do these and this thing will happen. You don’t do these, and I’m out,’” said Karl. “We just powered through it, and Petar came back and was like, ‘Wow, you’re really for real; you really want to do this.’”

There were other obstacles along the way. Mathius said they decided on a minimum of $50,000 to operate with. Madjarac decided how much money each member of the group could put aside based on their income. Then came the ritual of asking friends and family for donations, which, combined with the money they were putting aside, totaled around $30,000. Finally came a stressful period of watching an Indiegogo campaign exceed its goal of $20,000.

“There were days during the crowdfunding campaign where me, Pete, and Petar would be calling each and be like, ‘this sucks,’” said Mathius. “There were days that I couldn’t sleep because I thought we wouldn’t be able to do this.”

Unrest and the unknown

While host nation Brazil is considered one of the favorites in the World Cup tournament, what’s more certain than the team’s results is the risk recent protests will bring.

During the Confederations Cup held in Brazil last June, a warm-up tournament to the World Cup for participating countries, thousands of Brazilians took to the streets to demonstrate against the $11 billion spent on stadiums and other preparations instead of education and healthcare.

“Safety is obviously a big thing, especially selling it just to our parents just to say, ‘Hey, we’re going to do this, give us money, but here’s how we’re not going to die,’” said Mathius. “We’ve been really careful about dangerous and contentious areas, and making sure we have people and places to stay with that we trust along the way.”

But in trying to explore and capture Latin American culture in the realm of soccer, it would be near impossible not to highlight the riots and the political influences, as they are so closely intertwined to the landscape.

“It’s something we really want to highlight,” said Mathius. “One of the big things that me and Pete want to do is unfiltered video from protests talking to protesters, interviewing them, and just throwing it up on YouTube, showing people there’s this side of Brazil.”

(Madjarac took a bit of a more measured approach: “In a perfect scenario we all come home alive without too many bumps and bruises.”)

But at the top of the list for the group is to tell a strong story.

“I would like to see soccer continue to grow in popularity and depth in the United States,” said Madjarac. “Maybe in 30 years, when I have grandkids, they’re all running around wearing red, white, and blue when the United States plays.”

With an attempt to tell that story comes other pitfalls, according to Robert Sabal, interim dean of the School of the Arts, who reached out to Mathius when he learned of this project.

“Not finishing; that’s the problem,” Sabal said. “The other is not understanding that the work that they do has to have value for other people, and I mean actual commercial value.”

It’s also something the documentary crew has on their minds, although they’re not sure what will come of the project.

“Maybe this becomes a franchise? Maybe a network comes in and says, ‘Wow, soccer is a great way to look at culture,’” said Karl. “Obviously that won’t happen unless we tell a good story. And if we don’t make it back.”