In tune, but out of the curriculum 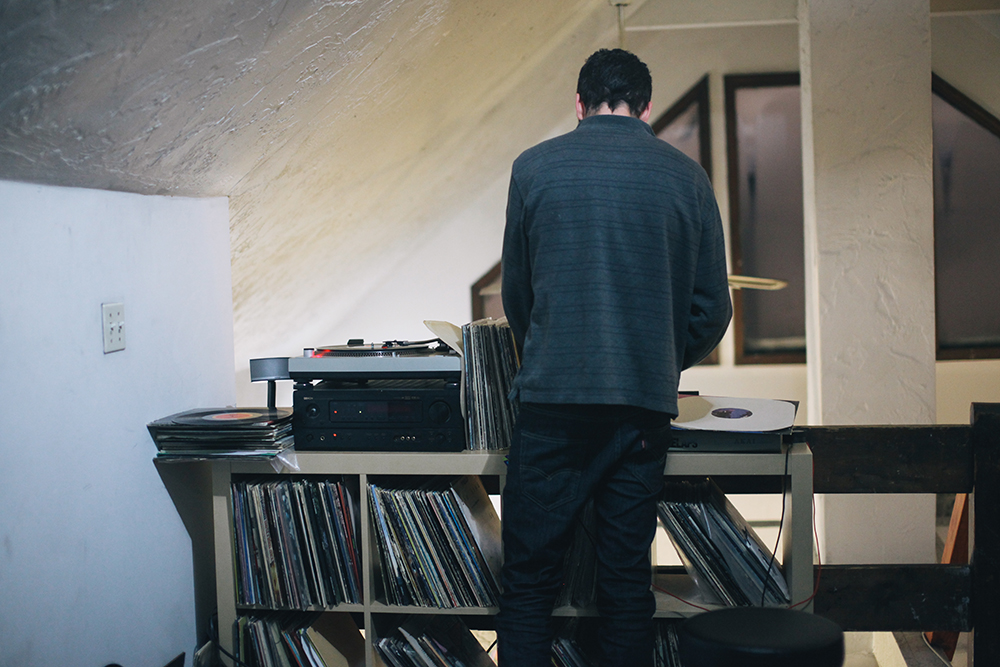 It all started with a single sound effect. Two weeks and a combination of 58 individual tracks later, Jacob Fagliano, a sophomore visual and media arts major, had finished another song. He said this new song will be released as part of an online mix compiled by his manager, Noah Beresin, formerly of the pop-rap group Chiddy Bang.

Fagliano, whose specialization is in writing for film and television, said although he loves screenwriting, he has been considering switching his concentration to something more in line with his musical aspirations. One of the things holding him back, however, is the lack of a major at Emerson dedicated specifically to music production.

What Emerson does offer for those inclined toward making music is a sound design concentration, “an intensive program of study in the theory and practice of all phases of producing creative and professional soundtracks for film, video, and all new media forms of expression,” according to the college’s website. But students interested in producing or composing music often have to seek out extracurricular opportunities and develop their craft on their own time.

Brian McKeever, an Emerson professor who teaches sound design courses and studied at the Berklee College of Music, said that music production and sound design teach the same basic skillset, from the understanding of necessary technology to knowing what makes a good recording. But a traditional music production curriculum, he said, teaches students not only the technical side of production, but the aesthetics of producing, the making of a hit record, and an understanding of the business side of music. Emerson’s program, McKeever said, does not offer this intensive study of composition.

James Wasserman, a junior visual and media arts major specializing in sound design, said he has been involved in music since middle school, played in bands in high school, and eventually began to work with Logic. Wasserman, who goes by the DJ name Wassabii, said music is still very much a part of Emerson culture, notwithstanding the lack of a music production major or specialization.

“Regardless of their major, there are so many people that I’ve made close connections with purely based on a passion for music,” he said. “It’s not like there’s a void here. Musicians exist everywhere.”

Wasserman said hip-hop music serves as an inspiration for his work, as he enjoys the genre’s versatility, and he likes to searches for records to sample in his electronic music. He said that lately, he’s been working on some hip-hop instrumental tracks late at night for fun.

“Music is like a medication, but it’s also something you can do as an art,” Wasserman said. “It’s both of those things for me.”

Wasserman said that it’s easy to find people to work with as there are so many musically-minded people on campus. In October 2013, Wasserman’s mix of beats entitled  “Puddles” was released exclusively on Metrojolt, a music website partly run by junior visual and media arts major Cyrus Wesson.

“You can get all your music taste buds satisfied here,” Wasserman said. “If you’re a musician, you have to be able to do that on your own. You have to be an independent musician. This school is not a conservatory, it’s not Berklee—it’s a media school, it’s a communication school.”

From connections like Wasserman’s and Metrojolt’s, to WERS, WECB, and Emerson’s campus record label Wax on Felt, the pulse of music culture can be felt on campus. Lianna Foye, president of Wax on Felt, said that organizations such as these are important in giving students hands-on experience in the industry they don’t get in their classes.

“I feel like I wouldn’t have the same perspective on the industry if I didn’t actually do things in it; if I didn’t have to force myself into the DIY mindset and work through the issues that arrive from that level,” she said. “There’s only so much you can learn in the classroom.”

Wax on Felt recently hosted a show at B. Good on Massachusetts Avenue, headlined by Juneva, a post-hardcore band signed by the label. As someone who wants to do it all in the music industry, from management to promotion to booking, Foye said packing the room to capacity and seeing people dancing the whole night through was a great experience to be involved in.

“Everything ran so smoothly, and it was so rewarding to see it all come to life, and be a part of making it happen,” she said.

Though there are several ways for students to get involved with the music on campus, Foye did say that she wishes she could have taken more classes that delved into the business side of the music industry. Similarly, Fagliano said he believes that if Emerson offered a music production specialization, the school would get a whole new market of people interested in applying. He noted that the school does have a program that allows Emerson students to cross-register at Berklee, the Boston Conservatory, and other area schools.

“There is the ProArts Consortium, where if you really want to take something like that, you can travel up to Berklee,” said Fagliano, whose music combines house, hip-hop, dubstep, pop, trap, and dance music. “But it would also be sick if you could have Berklee professors come here, and it would be a course that was taught through Emerson, at Emerson, for Emerson students.”

McKeever, the sound design professor, said that he sees many music-focused sound design students come through the program, and that they would benefit from more music-related instruction. McKeever suggested that Emerson could start by creating a curriculum that would integrate a level of musical capability instruction with Berklee or the Boston Conservatory, and thus create a music production engineering program.

“Emerson is an art school; Emerson prides itself on the wealth of arts instruction that they provide—whether it be film, or journalism, all the separate pieces of Emerson that comprise the overall college,” he said. “There are so many areas where they focus, and I think that from a student’s perspective, and from a college’s overall delivery perspective, I think that they would absolutely benefit from having a music program.”