Just a few will grab awards, but hundreds work to put on an award show that keeps getting bigger 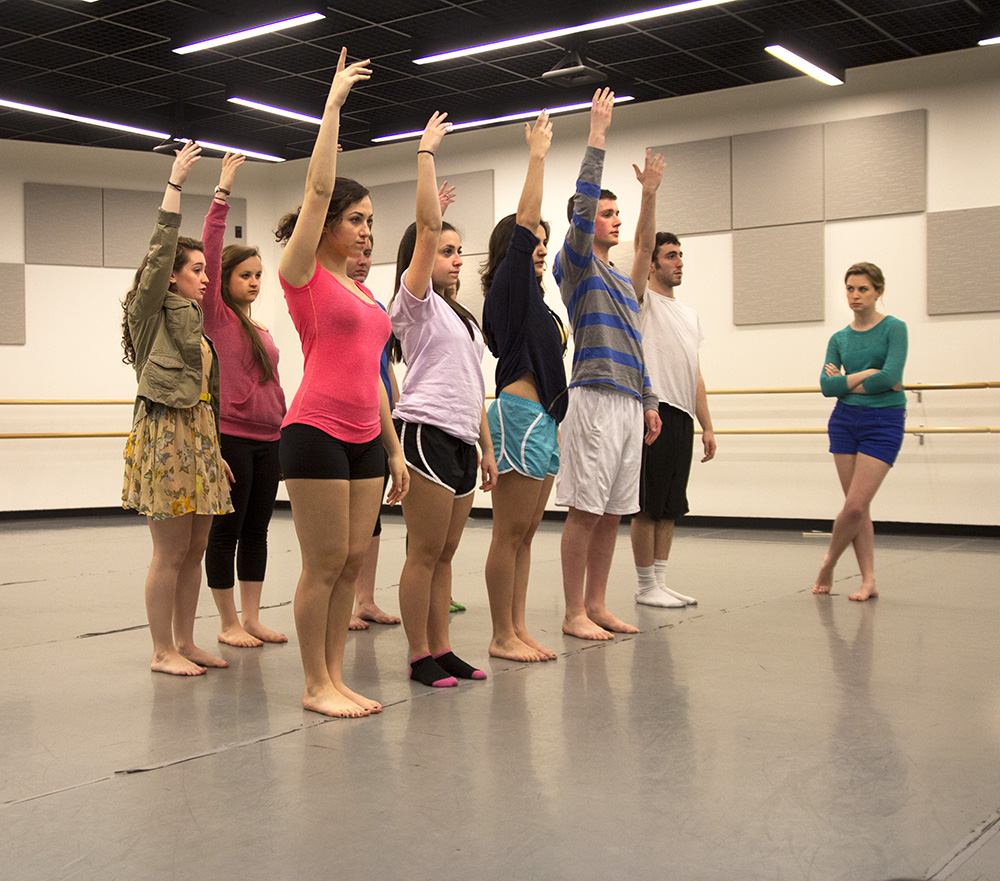 Thirty-two years ago, Martie Cook decided to create an award show from the ground up.

As a senior at Emerson College in 1981, one of her professors planted the idea, and with help from co-creator Glenn Meehan, Cook produced the first EVVY Awards.

Cook said the night of the first award show went so well that she still holds onto a part of it — literally. After 32 years, Cook still has her black evening dress she wore to the first EVVYs.

“I can’t bear to throw it out. It just represents this amazing night. All of this time later, I look at it... It’s out of date, but it still sits in my closet,” said Cook, now an associate professor of screenwriting at Emerson.

What Cook started became an annual ceremony for 32 consecutive years to celebrate student work . According to the EVVY Awards’ website, throughout the year, students come together to create the largest-student produced award show in the country to celebrate work from students across departments.

The show offers students a chance to submit their work and have it judged by professionals in the industry. From those submissions, the professionals choose several nominees and one winner for each category.

Robert Koehler, the logistics executive producer for this year’s EVVYs, said the production has greatly changed since the first one Cook organized in the small First and Second Church in the Back Bay.

Koehler said this year’s production, which will be held May 10, involves more than 500 students. For the past three years, the Cutler Majestic Theatre sold out with 1,200 attendees.

Ryland Roberts, the tech division executive producer for this year’s EVVYs, said this show is exclusive to the Emerson community.

“Emerson is so weird in that at the same time we could have the most creatively-minded people and then have the technically-minded, and also people who can bridge the gap between them. Then they pull off something like the EVVY Awards,” Roberts said. “It takes the Emerson microcosm to pull that off.”

While the current award show encompasses all majors, Cook said when she and Meehan made the show, it only focused on the work created within the television major, modeling its format after the Emmy Awards.

Cook, who said she no longer participates in the production because her responsibilities as a professor don’t allow her the time, said she initially wanted to name the show The Emerson Emmy Awards. The National Television Academy of Arts and Sciences, the organization that advised Cook during the production process, said that name was copyrighted. Since Emerson Independent Video (EIV) was the production company for the show, she did some rearranging.

Even with a new name, the show still resembled the Emmy’s, she said. This changed over time, as past years incorporated film, theater, and writing. Musical performances and dance numbers were also added.

“I think it’s because the college realized that this could be a wonderful, end-of-the-year event to celebrate and recognize students and their work,” she said. “I think until the first show happened, no one could really visualize what it would or could mean to the college and its students.”

According to Cook, when the awards began, the college did not give her any money to fund the project. She said she had to raise all the money herself with Meehan through bake sales, raffles, and advertisements in the program.

Although the school plays a much larger role now, Koehler said the show still relies on several funding sources to come up with the approximately $100,000 it now costs to put on the awards. Koehler said almost one third of the budget goes to booking space. The EVVYs are held in The Cutler Majestic Theatre, which costs almost $30,000 to rent, he said.

Cook said she does not remember how much the awards cost 32 years ago.

Presently, Koehler said the production receives grants from the visual and media arts department, and the Student Government Association. Recently, he said it was granted an appeal of $13,255.

“SGA was very generous to us,” Koehler said.

However, he said the finances are still not enough, so they turn to money from submissions. Students must pay $10 for a single submission or $25 for three.

Joshua Sackheim, who is nominated five times this year, said he thinks the submission fee helps the production be its best.

“I don’t mind the submission fee because I know the money goes towards putting together a show that, overall, makes the school look good,” said the senior broadcast journalism major. “Plus, I think having to pay encourages you to submit only your best work.”

After having to pay for at least five submissions, Sackheim said he also had to buy tickets to the event.

“Even though I wish nominees got free tickets, they do give them discounted tickets, which is nice,” he said. Nominees were charged $10 for orchestra seating, compared to $20 for others. “I think they do a good job balancing their own financial needs while understanding that we’re all students on a budget.”

The money also gets poured into the equipment needed, said Roberts.

When the donated equipment is not enough, Roberts, the tech division executive producer, said he must turn to outside vendors, like Talamas Broadcast.

“The equipment is what we really enjoy getting. We pull equipment from every on campus vendor and a lot of the major Boston vendors,” the senior visual and media arts major said.

Roberts said that students work on projects throughout the year, but the effort, equipment, and cost comes together the week before the show, called production week, when students remain on campus and focus entirely on the EVVYs from 8 a.m. to 8 p.m.

Roberts said he remembers when he took his father to last year’s production week.

Roberts said he and his father stood on the stage of the Cutler Majestic Theatre and faced its grandeur. Throughout the venue, students constructed a set, while others fiddled with lighting. Simultaneously, more were in a performance studio on their seventh hour of dress rehearsal, while students in the control room eight flights up edited the scripts and video.

Roberts said his father watched all of this in bewilderment.

“Last year when I worked on the show, my dad didn’t even understand what the EVVYs were,” Roberts said.

The effort put into the EVVYs has garnered attention outside the school. According to its website, the production has been recognized by the National Association of College Broadcasters and has won two National Telly Awards.

Cook said she hopes some day the EVVYs expands to include other Boston colleges, or to create a national event.

“It would be like Emerson beating out UCLA,” Cook said, comparing it to a sporting event. “That would be the next step, but that would be for somebody else.”