Students drop out in pursuit of careers 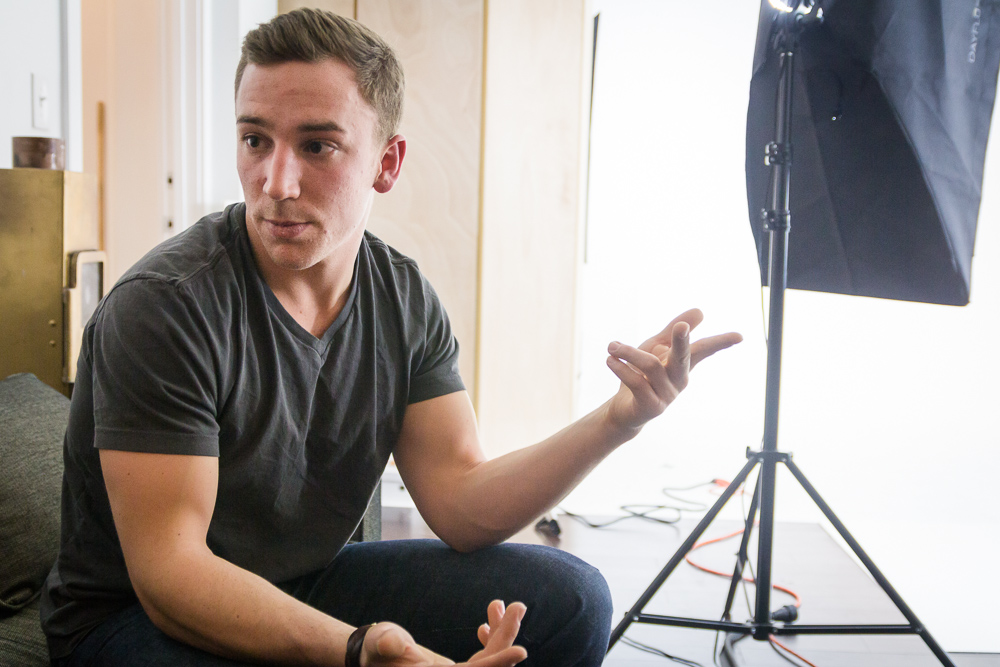 At the end of the summer of 2011, Andrew Hawryluk felt like he knew what he wanted to do for a living. And, he said, he thought he was ready to start doing it. Hawryluk had just completed an internship at the New York City office of the production studio Stardust and was eager to keep working in animation.

“Some people have an internship and think, ‘Maybe that’s what I want do.’ That didn’t happen to me,” he said. “I had the internship and said, ‘I am doing that.’ ”

But Hawryluk, who was a visual and media arts major, still had three years until he was scheduled to graduate from Emerson. He decided to return to classes, but said his drive to get back to professional work — and to make money — had him facing a question that teases students with career opportunities in front of them: to finish, or to drop out?

He lasted one semester.

Over the past three years, of the students who have filed a leave of absence form, almost 11 percent, or 40 students, have cited the reason for their leaves as a job or internship, according to Ronald Ludman, the dean of students. Some of these students don’t plan to come back.

“Having experienced the next step of becoming an adult and doing professional work, going back to school for that semester wasn’t a ‘wrong’ move, but it wasn’t right for me,” said Hawryluk, who now works as a freelance animator, mainly for the New York production company Loyalkaspar.

His final slate of classes, he said, had highlighted the frustration he was already feeling: that he was learning more useful skills for his job just by doing it.

For other students, the decision to leave school for a full-time job can come from more than career ambition alone.

After completing his third year of school in May of 2012, Jessup Deane decided to leave Emerson to work full-time at Boylston Trading Co., a premium menswear company where he was already employed, as a product photographer and studio manager.

A little over a year ago, Deane’s mother Andrea passed away from glioblastoma, an aggressive malignant brain tumor, he said. When she had been struggling with the illness, every morning, four days out of the week, for four weeks, Deane said he had brought his mother to her chemotherapy treatments.

It was a trying time, according to Deane, but something that he said he now draws strength from.

“I probably wouldn’t be as responsible, and motivated, and independent as I am,” said the former Emerson student. “I had to grow up way faster than a lot of other people necessarily have to.”

Deane came to his decision to leave school in part due to his family situation, he said, but the choice wasn’t easy: He had only 10 classes left to take before finishing his degree.

“It was a mixture of just, I knew that my family life was so crazy that my dad couldn’t even really afford to help me with college if I went into debt,” Deane said. “It’s literally don’t finish college, which everyone tells you, ‘Start what you finish, and do all this.’ But in my mind, I knew I was going to stop the whole time.”

Deane first arrived at Emerson as a sophomore transfer student from nearby Springfield College, where he said he was majoring in exercise science. He came to Emerson to study communications, he said, and ended up rooming with fellow student Evan Tetreault. Through Tetreault, he met many of the people he now works with at Boylston Trading Co.

“It was really just the beginning phases of everything,” Deane said. “I went with [Tetreault] as, like, a photo assistant just carrying equipment, helping with shots and stuff, and giving my two cents here and there.”

Deane kept coming back on a volunteer basis. He began interning with the company soon after, and eventually, had aspirations of turning it into a job.

“When I first got the internship and I realized they were a startup, I was like, ‘I can get hired,’” Deane said. “Everyone told me not to.”

Carol Spector, director of career services, said her office has not heard from anyone who is considering dropping out of college to pursue a job.

“We’re here to serve the students. Whatever is in the best interest of the student is what I would suggest to them,” she said. “If a student is coming with that message or situation, they already probably have a job offer.”

Deane said he felt especially comfortable leaving after talking to Ted Hollingworth, an associate professor in the communication studies department who taught him in a management class. Dean said Hollingworth advised him to do what was best for himself.

“He was the one person I could go to that knew my situation, knew my home situation, [and] knew what I was doing,” he said.

Deane said he has an idea of where he hopes to go with his career.

Along with the financial benefits, Hawryluk, for his part, said real-life jobs made him take his work more seriously.

“You either pass or fail, and you have to force yourself to pass,” he said.

While Spector said the decision to drop out should be made on a case-by-case basis, she did highlight some of the merits in earning a degree.

“For employers, it really shows that the person has developed more skills, and spent more time developing knowledge about the field they’re in,” she said. “Not to say you can’t learn skills on the job, but I think it has more meaning when it’s through an academic program.”

But Deane, like Hawryluk, described much of his training as being on-the-fly.

“I don’t think you need a degree to work. You just need skills,” he said. “Just a rough estimate, I think I learned 20-30 percent of what I do in school, and the other 70 just working here [at Boylston Trading Co.].”

When he began to ponder dropping out, Deane said he asked others for advice, and was met with mixed results.

“When it comes down to it,” he said, “I asked way too many people ... when I really knew what I wanted to do the entire time, and I should have just done it.”