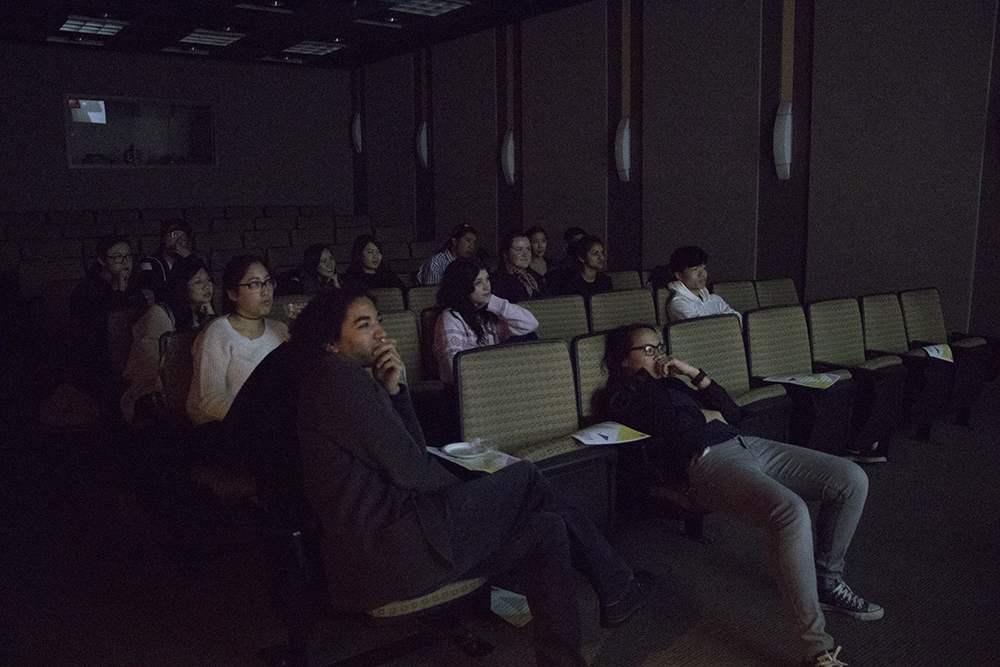 Nearly a decade ago, Kelvin Yu was returning DVDs at Blockbuster when he finally came to the conclusion that he had to write to get where he wanted to be. He saw a poster of Ryan Reynolds and Sandra Bullock advertising their movie, The Proposal, and knew that he would never be on that poster.

“That was the day I started writing,” Yu said. “I decided to take the reigns of my own career and not leave everything up to waiting and hoping.”

Kelvin Yu, now well-known as a writer and producer of Bob’s Burgers, and for his role on Master of None, visited Monday as the keynote speaker for Asian Students for Intercultural Awareness’ Asian Heritage Month. He was invited to discuss life as an Asian-American in the entertainment industry.

ASIA hosts an annual series of events in April, one month before the official Asian Heritage Month, due to the college’s schedule. ASIA’s four events are designed to build community and showcase the work of Asian Emerson students. This year’s celebration is centered around the theme of storytelling.

Lily Rugo, vice president of ASIA and Beacon correspondent, said they wanted something a little different for their keynote address this year.

“Because we really wanted to have the perspective of an actor in front of the camera and a writer behind, we thought Kelvin was our best bet,” the junior journalism major said.

Yu prefaced his speech with the warning that he doesn’t do speaking engagements much anymore because he isn’t terribly comfortable speaking about himself. But after the election, he realized the world had turned upside down, and it was no longer about what he wanted.

Yu noted that he wanted to hear from the roughly 80 students in the crowd because his view of the world differs from theirs.

“I realized that this wasn’t totally about me,” Yu said. “I felt like I needed to do this.”

He asked the audience “how to manage unmanageable power.” Freedom is the ability to define your own standard of success, according to Yu.

“Our generation faces the luxury and the heavy responsibility of creating our own situation and then diving in and participating in that situation,” Yu said. “You are the director, writer, executive producer, and star of your own daily theater.”

Yu described the process he went through as an Asian-American actor in his early 20s and referred to himself as an “audition submission actor.”

Alexandra Vasallo, a freshman visual and media arts major, said she came to the event because she loves Bob’s Burgers. She said she wanted to hear what Yu had to say about the industry and what it’s like to be someone of color. She was impressed by his presentation.

“I fell in love with him even more. He is so smart, and the way he speaks—he is so eloquent,” Vasallo said. “No wonder he is a writer.”

After Yu’s presentation, there was a short question and answer period mediated by a few members of ASIA, and then a talkback with the crowd.

Yu said it is important for people of color and LGBT people to realize they have a wealth of experiences they can share that people haven’t heard before.

“You have all these stories that people have never paid attention to,” Yu said, “And I just think that you can turn that into gold.”