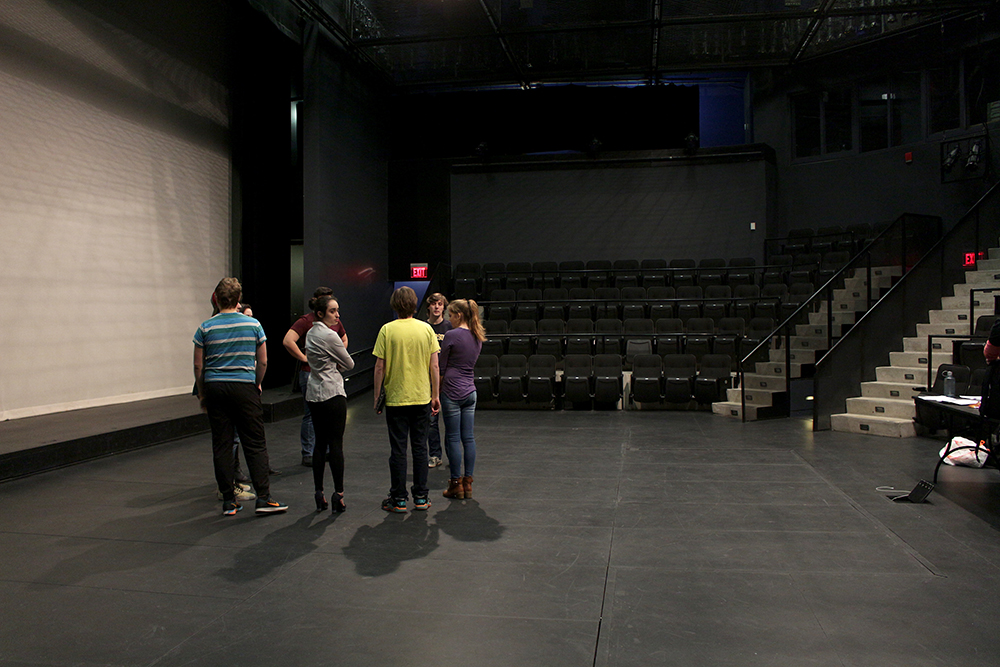 For Patricia de la Garza, a junior performing arts major, the lack of rehearsal space at Emerson has consistently been a struggle throughout her time at the college.

As SGA senator from the performing arts department, de la Garza emailed a survey out to the Emerson student body Wednesday afternoon to see if others agreed. By 9 p.m., de la Garza said she had received around 120 responses, the majority of which said they had issues finding venues to practice in.

“It’s because of the limited amount of studios we have,” De la Garza said. “And because of prior restraints, and with the amount of orgs that exist, and the amount of people that want to use the studios, it just doesn’t balance out.”

Under the current system, performing art students interested in booking a practice room have to submit their reservation request through the college’s room request system, SpaceBook, at least one week in advance.

Currently, students and organizations can reserve one of nine studio spaces in Paramount. Some of the studio spaces are large enough for entire companies to practice in and come with features like marley -cut- dance floors. But because there are many more organizations than available rooms, getting a reservation can be tedious.Those interested in booking often have to camp out in front of their computers until midnight to snag a room in Paramount.

De la Garza, a member of the Emerson Dance Company, said rehearsing in unconventional spaces has become the norm.

“Emerson Dance Company has had multiple times when we’ve been rehearsing in the hallway of Paramount two to three weeks before a show—and we only have rehearsal once a week,” De la Garza said.

According to de la Garza, the lack of rehearsal space at Emerson has been going on for a while, due to faculty and administration’s inability to come up with a solution that will satisfy all of the departments. De la Garza is determined to not let the issue drag into its seventh year.

“It was one of my goals to address this issue, and I’m still trying to grasp the amount of work that needs to go into trying to change the policies,” De la Garza said. “So I understand why it has taken this long. But it has to start changing, and the line of communication has to be opened up.”

Emerson has tried to combat the lack of rehearsal facilities by opening up practice rooms in the basement of Piano Row. But for Jack Dwyer, a sophomore performing arts major, that solution isn’t viable.

“If I have a class in Paramount in 30 minutes, I’m not going to walk all the way to Piano Row, go downstairs, and use those practice rooms, which are awful,” Dwyer said.

Dwyer said many of the other areas aren’t as good as the coveted Paramount practice rooms.

“I think the way they tried to set it up was in a way to [reduce outside sounds], which didn’t work because you can hear people singing down the hall,” Dwyer said. “There’s no acoustics, it’s just dead space.”

Dwyer said he feels that if Emerson wants to create one of the best musical theater programs in the nation, then the college needs to consider renovating more than just the dorms.

“[Emerson] is trying to make this program one of the best in the country, and one of the things that makes a program the best is it’s facilities,” Dwyer said.

“I’m all for the art gallery [Emerson] opened, that’s great, but at the same time that space would have been a beautiful dance studio,” Dwyer said.

In a written statement, Melia Bensussen, professor and chair of the performing arts department, addressed the growing need for more areas on campus where students can practice.

“As Chair of the Department, I support our students needing space for curricular rehearsals and preparation, as well as having heard from the student groups that they need more flexibility and transparency in their booking process,” Bensussen wrote. “I also know the entirety of the college is challenged in terms of space for classes, events, and creative work, and that our faculty, as well as faculty in other departments, has felt this challenge first hand.”

Bensussen declined to comment further on the details behind the new reservation system.

Meanwhile, de la Garza plans to collect comments from students like Dwyer concerning their experiences with the room reservation system at Emerson through a survey she has created. The survey was sent to all Emerson students on the Boston campus, and she plans to take the data she collects to the administration and come up with a solution.

“[The survey] doesn’t only touch on actual reserving the space and the hours of the space, it also touches on the library hours and the multipurpose room,” De la Garza said. “What I’m trying to do is make this not only a performing arts department thing. This is a campus wide problem.”

De la Garza said to improve the situation, she needs as many people as possible to take the survey. So far, she’s received responses about spaces ranging from editing labs to dance studios.

“I was not expecting to have this amount of survey responses already in,” de la Garza said. “It is a campus-wide problem, which is what we have known, only know I have data to back it up. The more students we get, the more I can show this hard data to higher-ups and try to get things on the move.”