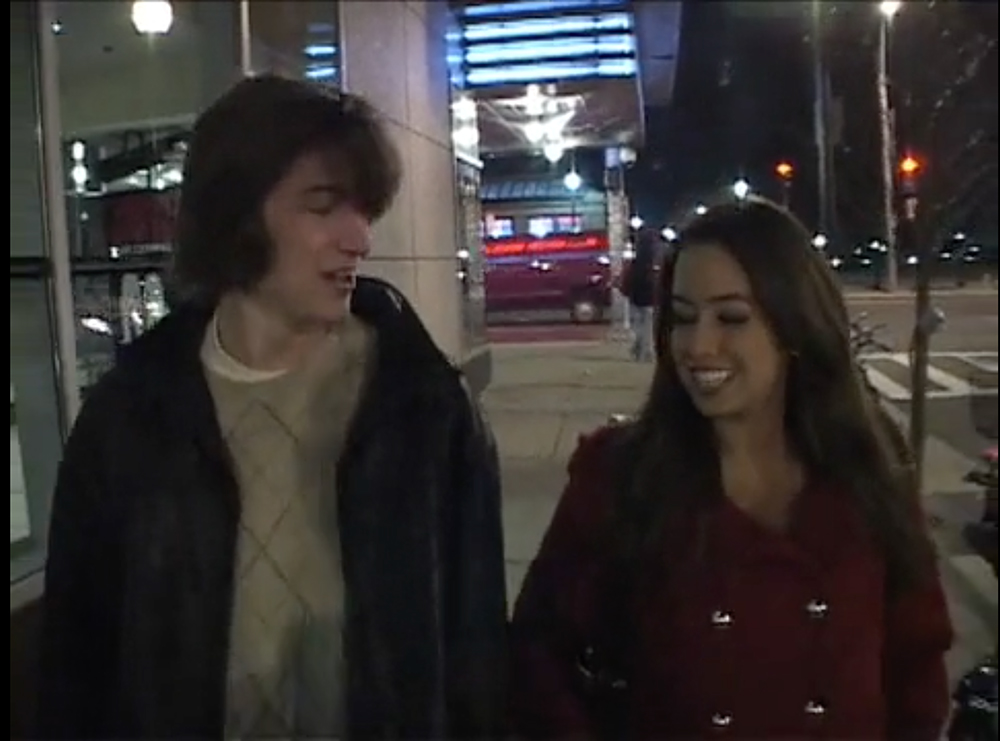 He recently uploaded an official link to the video after years of trying to take it offline.

“I’m glad now people watch it and gain joy from it and laugh at it just like I was able to, but at the time I wanted to bury it and never show it again,” Shubert said.

The movie follows Philly, a college freshman, as he navigates a love triangle between his friend and ex-girlfriend while questioning if he should transfer colleges. It is infamous on campus for its inconsistent narrative and ambitious size.

Often compared to the so-bad-it's-good flick The Room, the film features a sloppy Boston Common fist fight, a long unaddressed cancer scare, a cantankerous convenience store clerk, and a character who unironically calls his girlfriend his “baby blunt bitch.” (He’s also known for exclaiming “Arriba!”—extra trill on the ‘R’—after urging Philly to “get fucked up tonight.”) It even has its own drinking game based on the film’s party scene, where the friends down shots from the eponymous Bacardi bottle.

Shubert said they filmed the entire project on a 2009 Sony Camera, which he convinced his professor to let him use for the entire semester. He said he held a Craigslist casting call for minor characters, and started shooting every week.

“There was no time to think about anything, really,” Shubert said. “We just copy and pasted pages of the script we had ready for the day and literally shot the scene.”

Shubert said he let the actors interpret the scenes on their own, and had no control over wardrobe. He said he really wanted to just get the project done.

“I was sleeping three hours a night for a solid two and a half months,” Shubert said. “I had these ideas of grandeur throughout the entire process.”

Shubert said after someone posted Love. Bacardi. Boston. on College ACB, a now-defunct message board, it was the top post on Emerson’s page for almost a year. Users filled the page with threats and criticism.

Shubert said many of the posts attacked how sexualized he portrayed Annie, the leading female character in the movie. He said he acknowledged a lot of Love. Bacardi. Boston. is sexist, but that he was too naive at the time to understand.

“I’ve learned things now that I didn’t know then and things I would’ve yanked immediately,” Shubert said. “I would’ve asked people to change wardrobe multiple times, and it happens when you’re running and gunning and shooting at all times.”

Shubert recently posted in the Emerson Mafia Facebook page asking why current students still request the video after seven years. The thread received 48 responses, many regarding how much people love the film. One person had even found a wifi network labeled “Love. Bacardi. Wifi.”

Although Shubert seemed confused and exasperated at first, his tone softened as the thread continued. He noted Timothy Earle’s post as “the most helpful on here.”

Houston Yang ‘11 attended Emerson during the film’s release. He said in an interview through viewing the film and sharing it with friends, he has watched it over 20 times.

“I am sort of the historian on the movie because it was my mission to make it a thing,” Yang said.

He said he and a group of six friends found the film from a college film competition’s website, and the acting reel of the actor who played the grumpy convenience store clerk. He said without these sources, the film would have likely been lost.

“We made a huge effort to push it out to people, and spread it, and scrawl it on bathroom stalls, and keep copies of it alive online, despite Dane trying to kill it and pull copies of it down everywhere,” Yang said. “I would say the class of 2012 was the major contributing factor to what kept it alive.”

He attempted to recreate the movie using experienced actors and advanced cinematography years after he graduated, but was only able to complete a few scenes.

“It’s the kind of movie only a freshman could make,” Yang said. “You have to have everybody super on board with giving it their all and working outside of their comfort zones. That’s sort’ve the magic this movie has.”

Tray Fisk, a freshman visual and media arts major, said his friend introduced him to Love. Bacardi. Boston. after a dropbox link of the film circulated. He told Fisk he had to watch it immediately.

They watched the film several times in one sitting.

“I loved it so much because it breaks every single rule I’ve been learning in film school,” Fisk said. “You walk into class, and they tell you all these things, and then you watch this film by an Emerson student. If I showed it to my Foundations professor, she would look at me like I was crazy because I love it so much.”

Shubert watched the film for the first time in years with his significant other recently.

“I’ve been with her for five years, and I had never shown it to her once,” Shubert said. “It was so unbelievably funny in the most unexpected ways for me. I couldn’t follow the story I was trying to cram.”

Shubert said his professor gave him zero comments, but gave him an A on the assignment. Shubert said the same professor was on the board of the Emerson Los Angeles Film Festival his senior year, and talked a storm about his documentary—for which he won the Best of Festival student award.