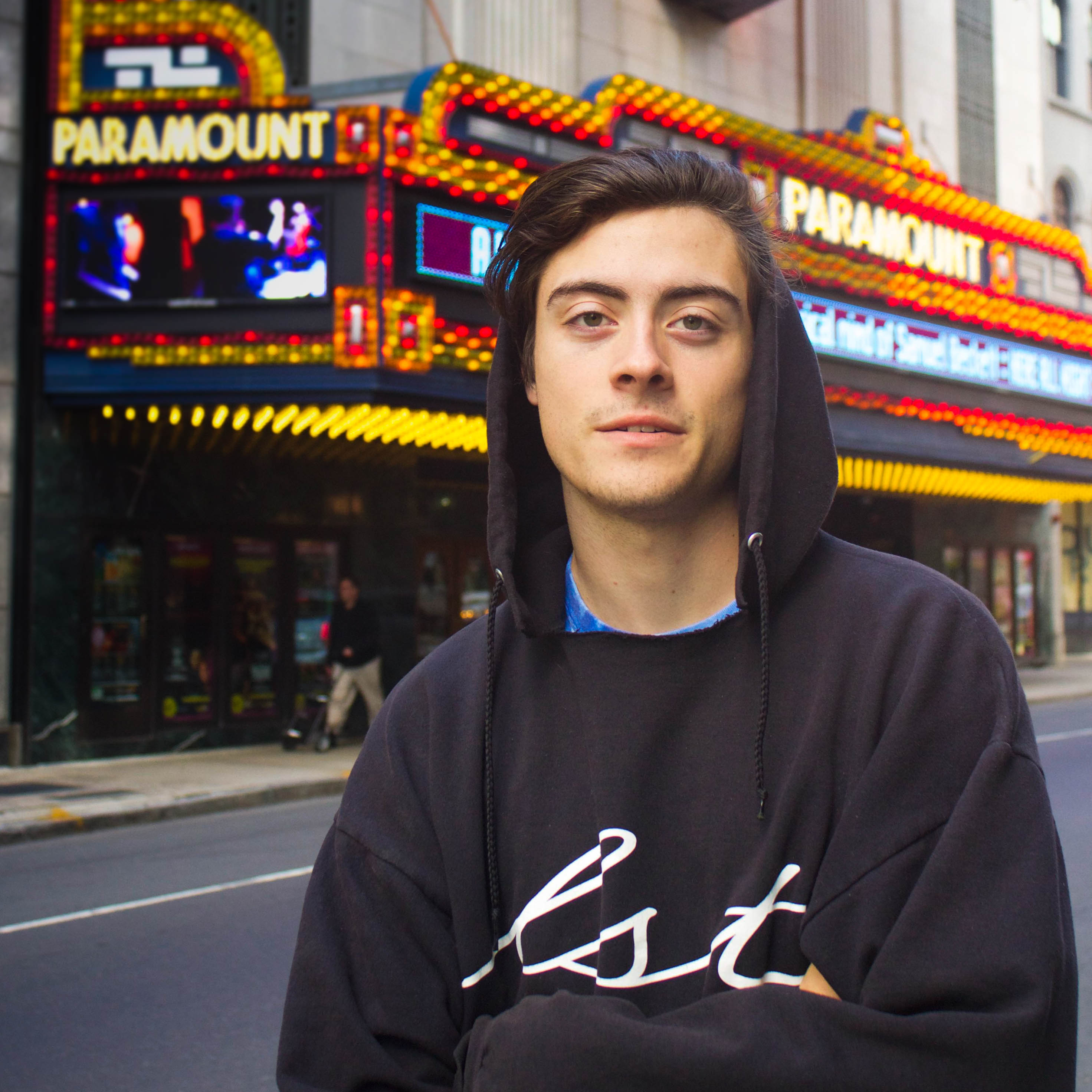 At 19, freshman writing, literature and publishing major Timothy Jordan is already a published children’s book author and lead singer of the band One11Twenty.

They released their first EP, Last 10 Seconds, just before Jordan left for Boston. The Portland-based alternative indie group now has nearly 600 monthly listeners and over 3,000 plays on Spotify of their single, “Last 10 Seconds.” They were also professionally reviewed by Northwest Music Scene, a Pacific Northwest based music magazine.

Jordan said he met his future bandmate Kyle DelFatti in choir during his senior year, and they immediately hit it off.

“He had a guitar and I had bunch of poems, and after we met in choir, we just started hanging out, making a bunch of songs,” Jordan said. “He sent one of our songs, which was just a recording on his phone, to his boss at Youth Music Project, and that’s how we got our first gig.”

With their connections to music professionals through the music education organization Youth Music Project, their emerging project started to become something bigger.

When Jordan realized that their basement music project was growing into a full-fledged band, the duo pulled in three other musically gifted high school friends and formed Kate’s Hat, the precursor band to One11Twenty.

“We played the gig, and we had so much fun that we were like, ‘We can’t just not do this anymore,’” Jordan said.

Kate’s Hat went on to play at their high school prom and release an EP of their own in 2014, but with all five band members heading off on their own after high school, the band split. But Jordan, DelFatti, and drummer Mitch Mueller wanted to continue making music together.

While DelFatti and Mueller were off at their freshman year at Seattle University, Jordan spent the last year traveling with his girlfriend and promoting his children’s book, The Toothless Fairy.

Jordan didn’t particularly mean to write a children’s book, but the idea of a Halloween-based concept fell into his lap during his senior year of high school.

“Someone came to someone I was close with with the idea, and I said, ‘Fuck it, I’ll give it a try,’ and I sent them a poem about the concept of a Toothless Fairy, and [the publisher] loved it,” Jordan said.

The Toothless Fairy tells the story of a fairy who visits children during Halloween and trades their halloween candy for a gift. The short book is available on Amazon, and Jordan occasionally traveled to schools to read the book for children last year.

“We spent hours every day working on it that year, and it turned into this 32 page, fully illustrated book—and I was only 17,” Jordan said.

As a writing, literature, and publishing major, Jordan discovered his passion for music after he discovered writing, but he doesn’t consider himself to be one or the other—as he puts it, “you couldn't separate the two.”

After his year off, Jordan met up with DelFatti and Mueller and decided to create music under a new name—One11Twenty.

“When we broke up Kate’s Hat, we had 556 dollars between us, and when we split it up between the five members, we had 111.20 dollars each, and that’s how we came up with the name,” Jordan said.

The trio spent all of last summer working on their EP and trying to play as many gigs as they could.

“When we got back together, we just worked every day, hours every day, to record the EP,” Jordan said. “Kyle produces the music, I write the songs and the melodies and do the promotional things, and Mitch’s job is to drum.”

They wanted to leave Portland with a bang, and decided the way to go was to throw a concert before the EP was released.

“We played in this barn that we cleaned out, we built a stage, we invited literally everybody and their brother, and we just played for everyone that we could, just because it was fun,” Jordan said. “That’s what it’s about—it’s just a lot of fun.”

Now that school’s started, the band members are on opposite sides of the country. Still, One11Twenty is going strong. Despite the distance, the band is still crafting music using modern technology.

“I’m the one who plays all the key instruments,” DelFatti said. “I write the core melodies and structure of a song, then Mitch and I record it and send it to Tim, who then writes the lyrics for it.”

DelFatti, a Seattle University sophomore, is the “musical genius” of the band, as Jordan describes him. He plays guitar, bass, keyboard, strings, trumpet, and any other instrument that the band might want to incorporate into a song.

“Music is one of those things that I’ve always done,” DelFatti said. “I’ve played guitar for 14 years now, and when I learned one instrument, I gradually started to learn more.

Mueller, the drummer of the band and also a Seattle University sophomore, has also been passionate about music for much of his life. He has been playing drums for ten years and shows no signs of stopping.

“I record the drums, and I’ll tell Kyle what to do to go with the drums,” Mueller said. “I’ll add my little bits and pieces here and there in songs.”

The band has hopes to play at Emerson’s record company Wax on Felt’s Battle of the Bands in November. As for Jordan, he’s taken a position at WERS to review local concerts and is a part of the Emerson Treblemakers acapella group on campus. He hopes to continue being involved in Emerson’s music scene.

“Music is such an essential part of life,” Jordan said. “It’s so important to identify with some kind of art, and, for me, music is the one that I identify with.”