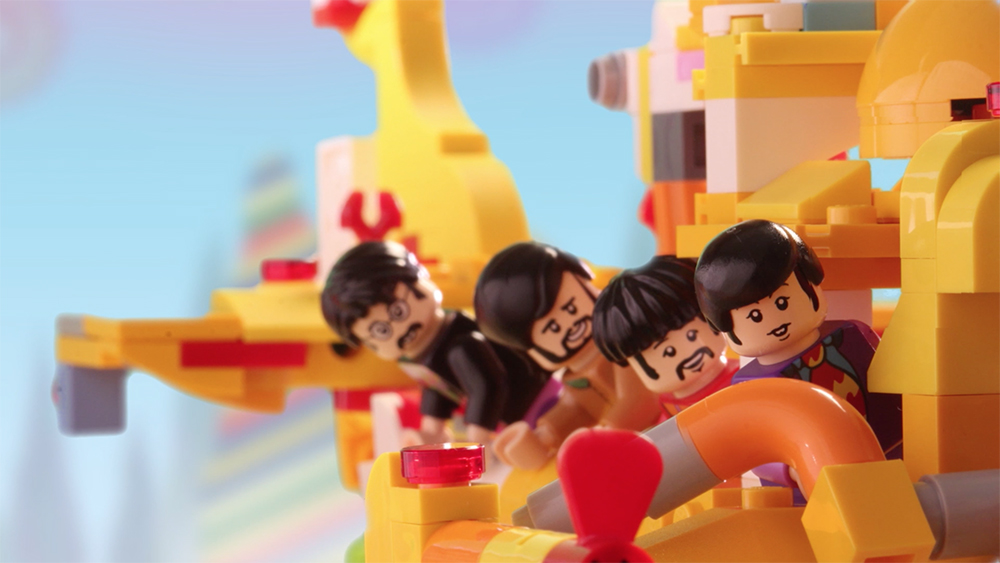 Kurtis Theorin graduated from Emerson in 2015. His brother, Kris, began his freshman year as a Lion last month. But the Theorin family have more than their college in common—last week, LEGO released an ad for their upcoming Beatles Yellow Submarine set that the duo worked on together. It's since grabbed over 400,000 views on YouTube.

Kurtis and Kris made the video through their small, family-run short-form storytelling company, Something’s Awry Productions. The company primarily consists of the brothers and their mother, Amy Theorin, who handles the business side of the venture, whereas their father, Craig Theorin, steps in when they need music help, Kris said.

In the ad, which took approximately a month and a half to make, a fisherman battles a sea monster. When things look dire, LEGO versions of John, Paul, George, and Ringo come to the rescue in their iconic Yellow Submarine.

Of course, the Beatles are a big deal. Kris, a visual and media arts major, said the company in charge of the project and other crowdsourced advertising, Tongal, provided a lot of notes and suggested changes along the way to improve the video.

The actual process of creating the video for LEGO began with Tongal putting out a request for a video about their Beatles Yellow Submarine launch online. The process was broken into multiple phases, starting with creators submitting scripts to Tongal. Tongal then went through scripts and chose the one they liked the most. When Something’s Awry found out they were selected to make the video, they finalized the script with Tongal and began production.

“There was a lot of going back and forth in order to perfect the visual look of the film,” Kris said. “We tried to get it to look like the Yellow Submarine movie, and then I went off to college and my new life, while finishing up the video at the same time.”

Kurtis worked on the script and finalizing the story pre-production, and Kris worked in his studio for 10 hours a day for three days to get all the footage he needed, according to Kurtis. After filming, Kris edited the project, and the production team went through a series of revisions with the recording studio, working on music, and the 3D team, perfecting the video with notes from LEGO.

The Yellow Submarine advertisement, which was uploaded to LEGO’s YouTube channel last week, states that the new toy will be released on Nov. 1.

Kris said his experience with animation and creating videos began around eight years ago, when he started doing stop motion animation in middle school. It wasn’t until four years later, when Kris was entering high school, that he started to gain a following and began doing promotional videos for smaller companies and people.

On the other hand, Kurtis said he learned a lot about doing the production elements of a film and working with people at Emerson.

“Emerson helped develop some of my skills, like screenwriting and pitching,” Kurtis said.

Kris hopes he can learn to tell a story in new ways in his classes at Emerson, too.

“I can do stop motion, but I can’t do animation or 3D like what Pixar does,” Kris said. “If I could learn those skills, I could do a lot more things and have infinite possibilities.”

Kurtis said working with his family can be convenient because everyone’s skills compliment each other’s so well.

“I’m good at writing and creative aspects, where Kris is good at the technical elements and knows basically every software for movie making,” Kurtis said. “Our mom is good at networking and staying in contact with people we work with.”

Their mother used to spend a lot of time involved with their school, Kris said. When they transitioned from high school to college, her job also shifted to organizing and helping them run their production company, according to Kris.

When writing the script for LEGO, Kurtis said he enjoyed that not much was off the table in terms of making something colorful because the Beatles are known to be unique.

Kevin Ulrich, a 27-year-old filmmaker who graduated from Biola University six years ago, has worked with the Theorin family on a number of projects, including a LEGO Star Wars video, wherein he animated different shots used in the video from all the way across the country.

“The Theorins are exceptional at producing animated content,” Ulrich said. “They have a great sense of style and fantastic comedic timing.”

Ulrich first came across the Theorins' YouTube channel when doing research about brickfilm, a type of movie made with LEGO bricks. When his workload became too much a few months back, he knew he could call the Theorins for quality work.

When Kris looks into the future, he knows he wants to do more promotional videos for toy companies, like stop motion videos for LEGO or things with action figures. He sees this business as a way to make meaningful connections but not necessarily as the end goal.

“It’s currently my intention to keep doing this for as long as I can because it opens up a lot more opportunities,” Kris said. “Opportunities I would otherwise not be able to make.”