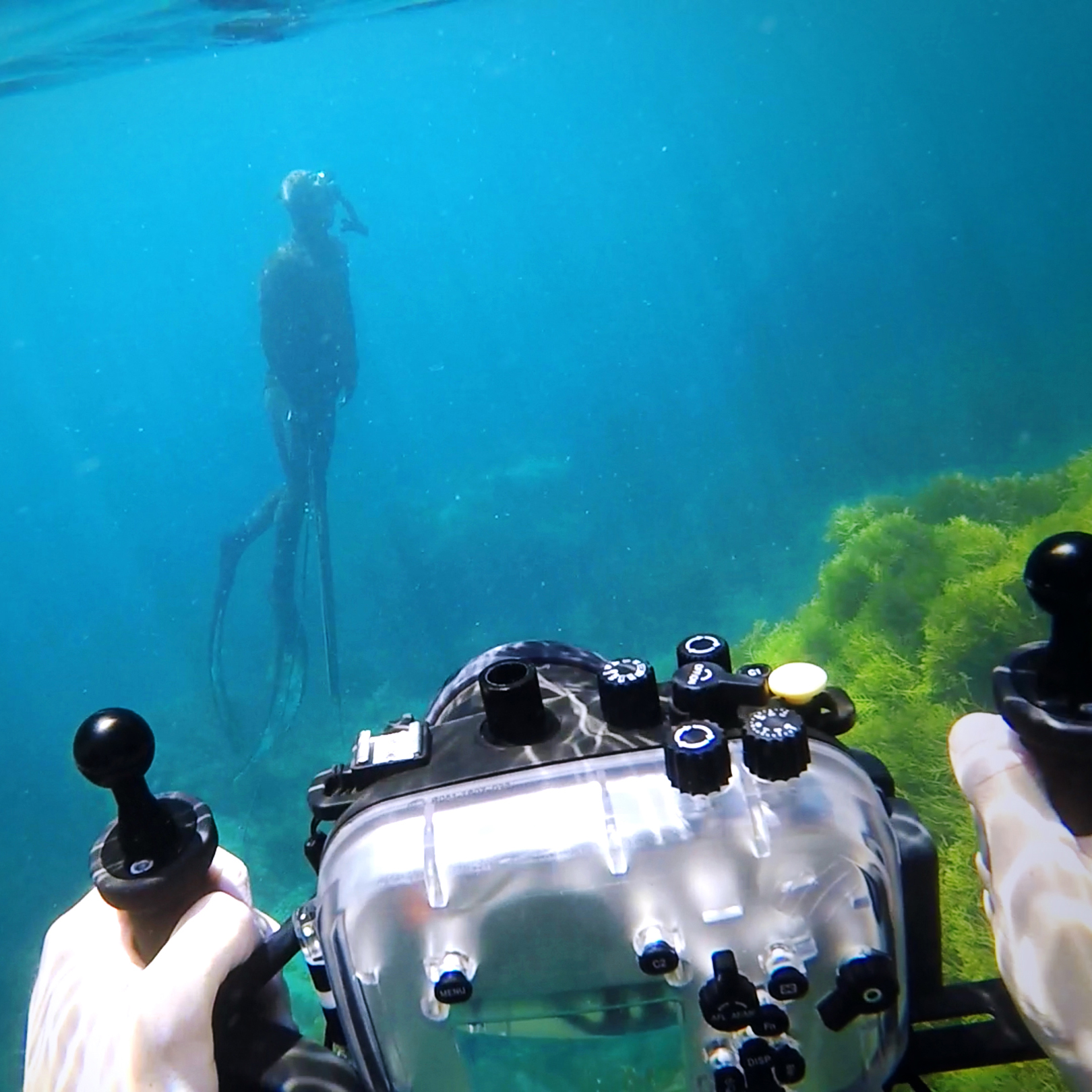 The locally-based indie business carries projects through to completion and covers everything from consultation and pre-production to filming and post-production. What started as a small company of four kids making films out-of-pocket has turned into a business with clients like photographer Christian Hopkins and dance company Take it Away Dance, who approach the studio through its website.

Last year, when Alexander had many projects on her plate, she reached out to Monto, an acquaintance at the time, for assistance in producing. She discovered they were an amazing team. Around the third movie, the two played with the idea of starting a production company together, and Velle quickly joined.

“One day, I overheard them talking about starting a company and just said, ‘I want in,’” Velle said. “I also knew I wanted Chance with me, so I brought him along.”

The meaning behind the studio name sheds light on how the group of juniors work together. Before the four joined forces, Velle and Molenda created the character of the Colorless Queen in a fictional world they thought up together.

“The Colorless Queen is the main character in this world and she’s sort of this perfect mix of all these different species, and is the closest thing to what the original human was,” said Velle.

With the exception of Before I Leave, a narrative film the four made together, CQ Studios is mostly creating documentaries, shooting with equipment they have acquired over the years, and editing out of their own apartments.

“I think documentary work is a really good platform for us right now,” said Velle. “It allows us not only to share things that we are really passionate about, but it’s also given us the ability to travel, explore, and learn more about ourselves and each other.”

In the short months that CQ Studios has been creating work, the team has had a plethora of new experiences. The studio’s first big travel film, FOUR, took Monto, Alexander, and Velle all the way to Zambia.

Alexander had been in contact with a company called the African Education Program during high school but had never actually made a film for them. With CQ Studios up and running, she reached out to them again to see if they wanted a documentary. The team was so passionate about the project, they funded everything themselves. The aim of this film was to go beyond documenting what the African Education Program was doing: CQ Studios also wanted to capture life in the town of Kafue. In doing so, the main storyline of FOUR took root.

“While we were filming, we found that the kids were so inspiring on a much deeper level,” said Monto. “These four kids that we bonded with the most represented the youth in Kafue as a whole in four different ways. That’s how we kind of came up with the name and the theme for this project.”

The determination to make a quality film has landed CQ Studios in some wild situations. Seizing an opportunity through a chance encounter with an old friend, the team found themselves on a boat off the coast of California for a spearfishing documentary called NOMAD. Here, Monto soldiered through extreme seasickness and second degree sunburns.

“He was such a trooper,” said Velle. “He had all these burns and blisters and would just put a towel over himself and say, ‘I’m ready to film.’”

The rest of the crew also endured a broken stove, an exploding toilet, and food and water shortages.

The juniors say that as wild as the filming experiences are, their ambitious attitudes carry them through to the post-production stage, where the quality of the whole film starts to come together. Velle, who usually takes on the directorial role, said he brings larger than life ideas to the editing stage, and Molenda is happy to go through with them.

“Essentially, what gives us our edge is that Victor is crazy and I’m a pushover,” said Molenda.

The company says quality is a driving force behind every one of CQ Studios’ films. Monto said that CQ’s website tab is always open on his computer, and he is constantly perfecting its appearance. So far, the group says they have been building their reputation mostly through word-of-mouth, so it’s essential that everything released is something the entire team is proud of, especially now that they are starting to make money off of their projects.

“We never release until it’s ready,” said Velle. “If there’s a deadline, we’ll do everything we can to meet it, but until everyone is happy, it’s back to the drawing board.”

As CQ Studios adds more work to its list, everyday parts of life from school, to business, to quality time with friends and family have become a balancing act. The company has just taken on its biggest project to date. With a $500,000 budget from their client, CQ Studios will film an environmental documentary titled 8 Billion Angels that will take them all over the world in the next year, covering environmental issues and overpopulation.

The group admits that it is challenging trying to balance being a kid while doing an adult job, but it helps that the four have each other to fall back on.

“Every life-changing experience we are having right now, we’re going through together,” said Alexander.

“We’ve definitely grown with each other and learned off of each other’s experiences,” said Monto. “Our final product really shows that we absolutely love what we do.”